I can remember the excitement I felt when I first started playing Fallout 4 and I would come across one of those Vault-Tec lunch boxes hidden away somewhere. I was always thinking something awesome would be inside. Then I would pop it open, streamers would shoot out, and it would be a damned plastic fork or some gumdrops. It was never a bobblehead or a weapons, or anything cool.

Fans of the game who have a job that sucks so much out of their soul they can’t even bring themselves to go out for lunch might want this Fallout Shelter Pre-War Lunchbox. 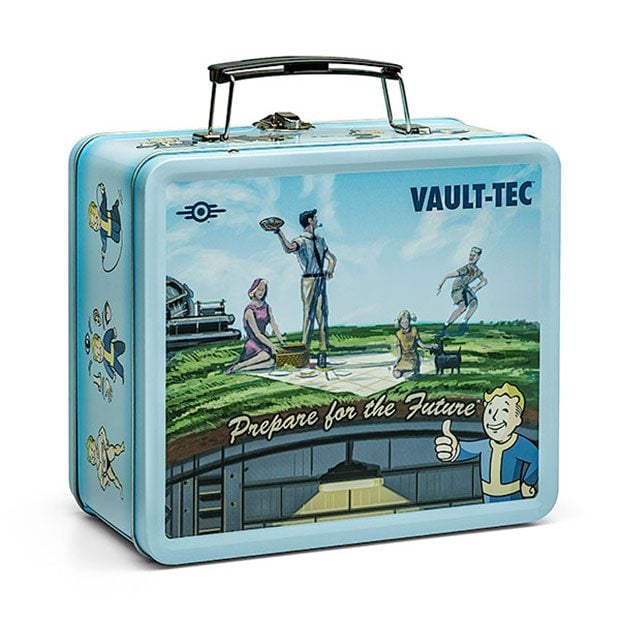 It’s way cooler than carrying your food in one of the old Wal-Mart plastic bags under the sink. It’s metal, so it reminds me a bit of the Dukes of Hazzard lunchbox I had in first grade. 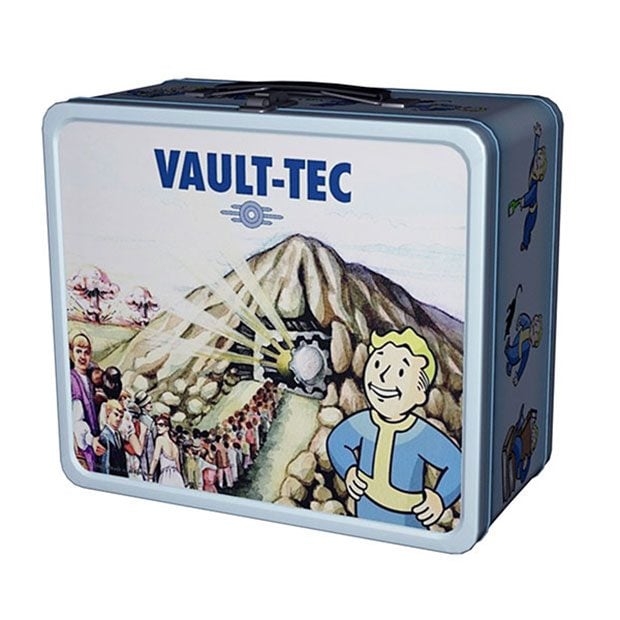 You can get one for $14.99(USD) at ThinkGeek – or approximately 215 Nuka Cola caps. Plastic fork not included. 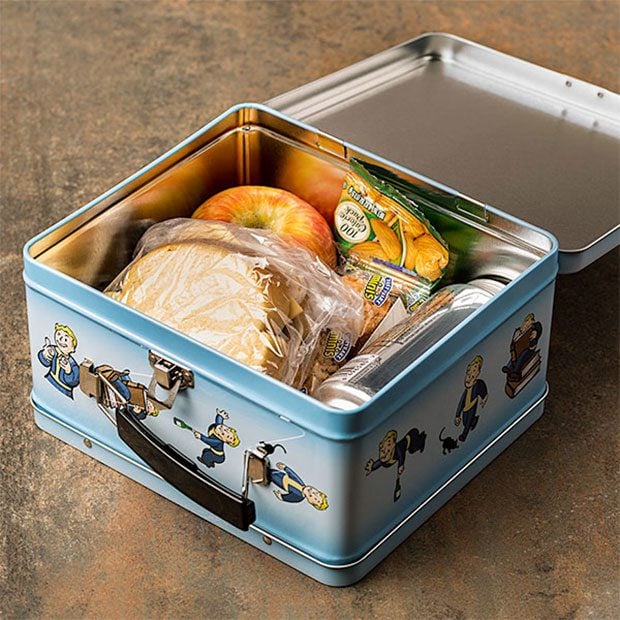