I’m sure you have heard of multi-core processors before. You’re probably reading this on one right now. But, I’m pretty sure you’ve never heard of anything like this. Engineers at UC Davis have developed a CPU called KiloCore, which has 1,000 cores. Oh yes, that is some processing power right there. 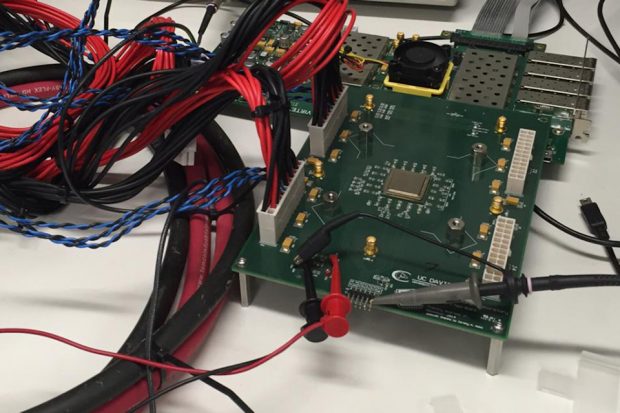 The KiloCore has a whopping 621 million transistors, and a maximum throughput of 1.78 trillion instructions per second. This sort of mega-CPU comes in handy for tasks like encryption, crunching scientific data and encoding videos. Performance? Yeah it has loads, but it also has the ability to shut down individual cores when not in use, so the chip can handle 115 billion instructions per second while using only 0.7W of power. To put that into perspective, you could run it off of a single AA battery. Now that is impressive.

Unfortunately, we won’t be seeing something like in our PCs or PlayStations anytime soon. That’s because the university had IBM manufacture the chip using the old 32-nanometer process, while the industry’s newest processors are usually made with a smaller, more efficient 14nm technique. Still, it’s only a matter of time before CPUs like this will be on the way though.