You Can Own This Giant, Flame-shooting Scorpion Truck

Looking to buy the ultimate vehicle for the post-apocalyptic wasteland? Want a truck that instills fear in men’s hearts, and shoots flames at your enemies? Well, you can. It’s available on eBay right now. 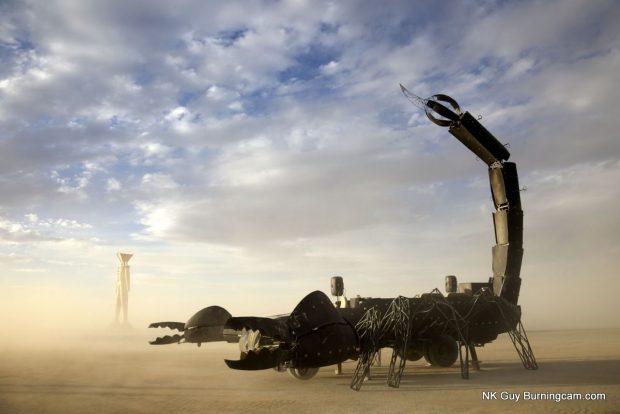 Here’s what its sellers have to say about it:

Built on a 1991, 28-foot-long International boom truck, the Scorpion is a 55 feet long, 22-45 feet wide, 39-45 feet tall exact replica of a female emperor scorpion named Fluffy. The Scorpion boasts a computer controlled 7 gun flame thrower off the tail, 21 hydraulic points which make the arms, legs, and claws all move in a sinister spider manner including hydraulics which make the entire truck lift off the ground to produce the most eerie of effects. The project is “skinned”- as in made to look like an exact replica of a female emperor Scorpion with artistically placed and sculpted metal sheathing. The final touches are a steampunk look with rivets, textured fabrics and a patterned, oozy and highly mesmerizing multi- color light show. 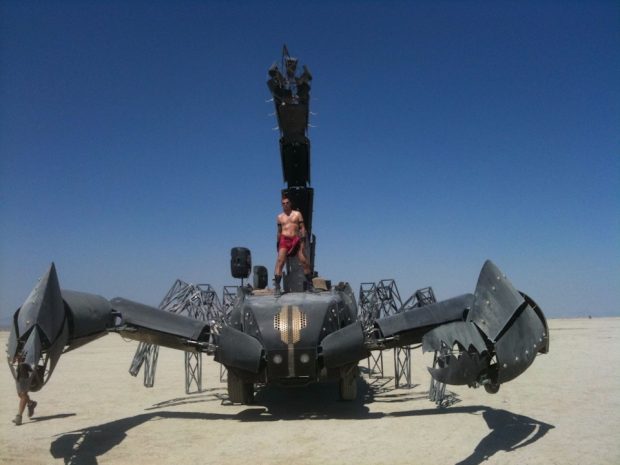 This thing has shown up at Burning Man for the past five years, while waiting for the apocalypse so that it may rule the roads and terrorize. 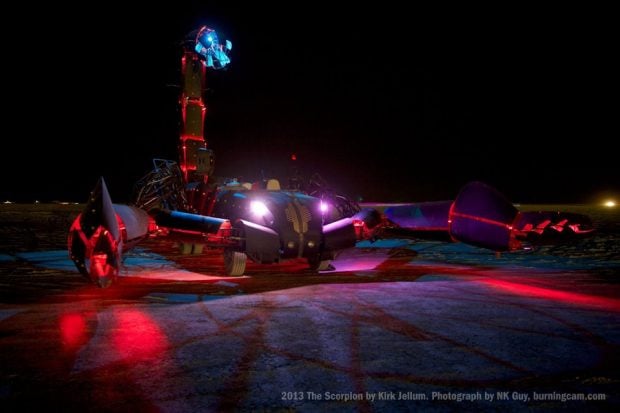 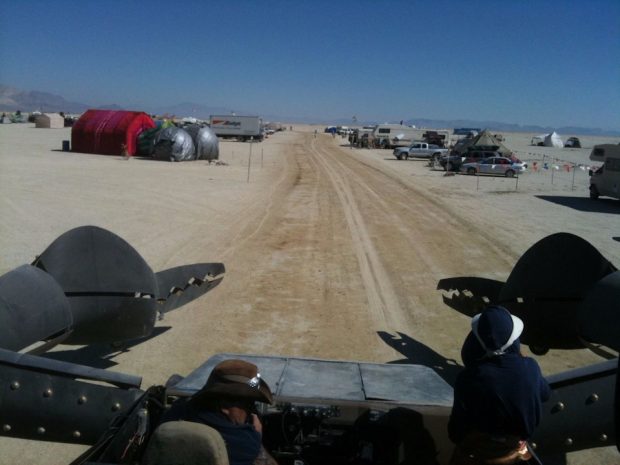