You Can’t Unsee This Dancing Robot with Cardboard Head

What the hell is this? I have no idea. Why does this exist. I also have no idea. I do know that once you see it, you can’t unsee it. You will likely either find it adorable or terrifying. Behold a dancing robot with a cardboard head. 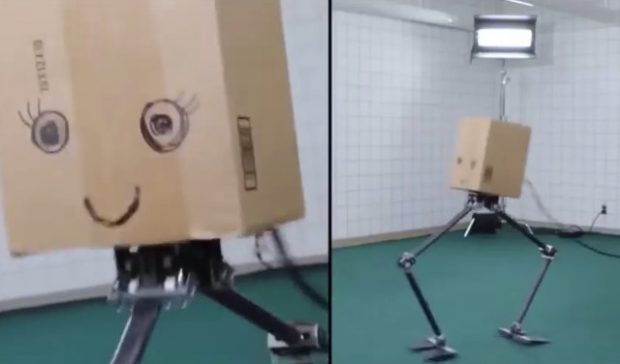 This robot is dancing to the NehNehNeh song (which is a meme in and of itself.) That’s really all you need to know. Feel free to check out both videos. One is a short version, and one is an hour long. I have no idea why you would want to watch this for an hour, but if you like it, go for it.

Sure, he has some moves, I’ll give him that. But I wish he would stop. He will dance in your mind long after you’ve hit the pause button.