Have you ever seen someone do something and just wondered what in the actual f**k they were thinking? This is certainly one of those cases. A pair of idiots went into a Phoenix, Arizona Wal-Mart with possible plans to set their Snapchats ablaze with followers and comments by setting fire to a display of fireworks. 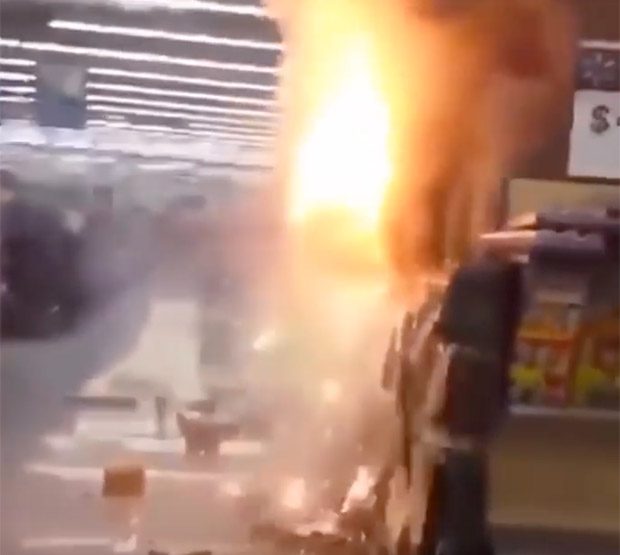 The idiots set the fireworks on fire, setting off a chain reaction and turning the section into a significant fire. They seem to have be incapable of understanding that Wal-Mart is completely festooned with security cameras and their entire prank was caught on security video.

Thankfully, everyone got out and the fire didn’t spread to the entire store. Once the police catch up with the duo, they face a class 2 felony for setting the blaze, which carries up to 20 years in prison. That is a serious bit of prison time for a stupid prank that could have killed someone. Is that lighter fluid in the bottles near the fireworks as the camera pans?