Growing up, I use to love fast food burger joints like McDonalds and Burger King. These days, I avoid them like the plague because the food is terrible. I’m all Whataburger all the time, bros. Burger King has tied up with Frito-Lay to create a new deep fried snack that sounds dubious. It’s called Mac n’ Cheetos. 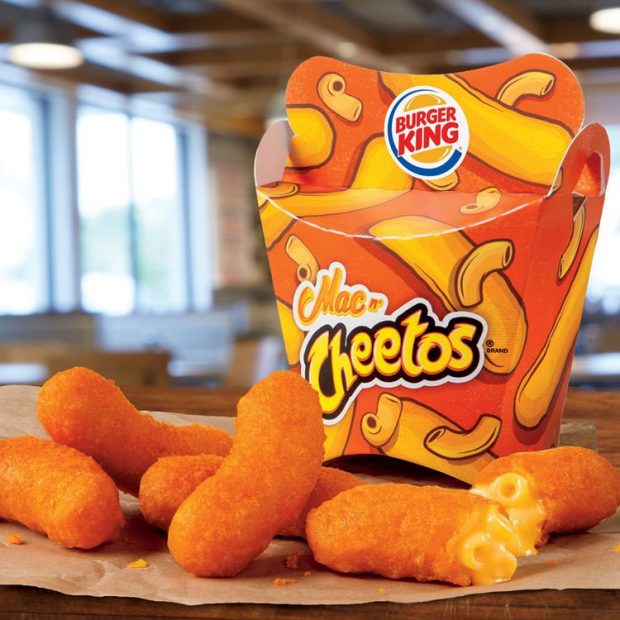 At first glance, they look like some nice puffy Cheetos to snack on whilst staining your fingers orange for hours afterwards. Rather than being puffy corn inside, the Burger King bastardization has macaroni and cheese inside. It sounds really weird. It’s like fried mac and cheese rolled in Cheetos dust.

Burger King plans to sell the new snack for about eight weeks or until supplies run out. An order of the odd snacks will set you back $2.49(UDS). The pack of five bites has 310 calories and unlike many strange fast food creations, it seems these ones are bound for the U.S.