Now your greasy fingers have something new to filth up. KFC knows that your phone needs a charge and they are willing to help with a device charger bjilt into your take-out box. 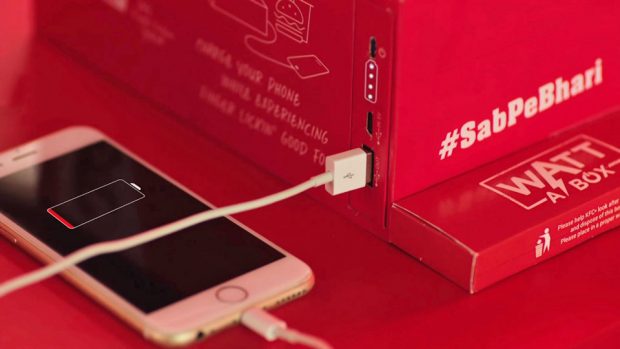 Sadly, like many cool and unusual things, we in America are left out. The promotion is currently only available in Delhi and Mumbai, India. I guess American greasy fingers are too much for it to handle. It’s a cool idea, though it sounds like it is a terrible charger. It got BGR’s writer just 17 percent phone life over half an hour charge until the box’s battery was drained. After a plug in to refresh it, they only got 7 percent.

So I guess KFC should just stick to chicken.

[via BGR via Engadget]