SpotMini Is a Robot Dog That Does Chores for You

Boston Dynamics, known for their ATLAS, BigDog and AlphaDog robots, has just revealed a smaller dog-like creation called SpotMini. It’s a robotic dog for around the house. It will even do the dishes. 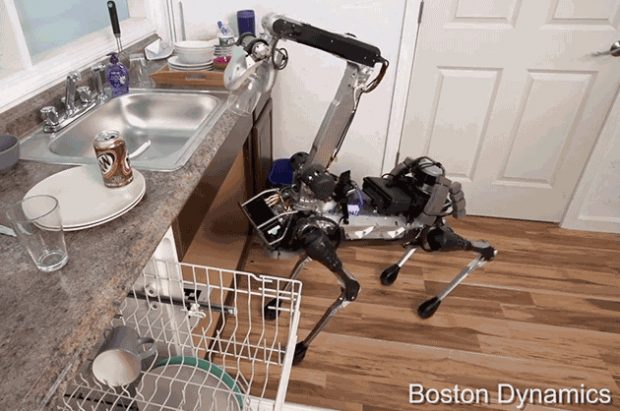 This robot weighs 55 pounds on its own, or 65 pounds with its long articulated arm attached. It moves around using electric motors. A full charge will let SpotMini roam your halls for a full 90 minutes. It can climb stairs, deliver snacks and drinks and more.

Should it slip and fall, it can even right itself using its articulated arm. This robot hopes to replace real dogs in the home one day. Sorry dogs. They are taking your jobs too. All of Earth’s species are slowly being replaced.