One of my all-time favorite video games is Civilization V. The ability to build an empire and take it from the stone ages up to space flight is incredibly fun. I had high hopes for Civilization: Beyond Earth but that game turned out to be pretty crappy. I was absolutely bummed when I realized that Civ V won’t run correctly on Windows 10 either. 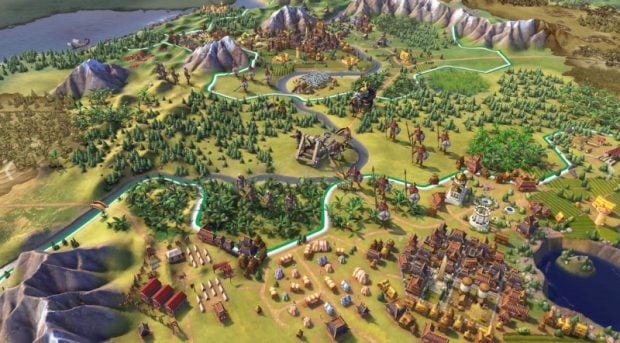 Now that Civilization VI is in the works, some tidbits about the game are flowing out. One of the latest bits of news is that the cities in this game will be nothing like cities in the old game. Cities are no longer constricted to a single tile and will take up multiple tiles on the game map.

The new mechanic is called the “district system,” and to build new buildings you will need to expand the city by building districts on neighboring tiles. You’ll have options like market districts, religious districts, theater districts, and more. Check out the video walkthrough from E3 for more details.

I am looking forward to this game more than any other launching this year.