Pizzeria Uses Robots to Prepare Pies, Bakes Them During Delivery

Now robots are now taking our pizza making jobs. Mamma-Mia! This is how robots make and deliver pizza: Marta is a robot that assembles pizzas, then hands them off to another robot named Bruno. Bruno loads the pizzas into an oven where they bake partially. Then they are loaded onto delivery trucks. Each truck has 56 small ovens ovens. A computer then calculates when the truck is 3 minutes and 15 seconds away from the destination, and turns the appropriate oven on, ensuring that you get a super fresh pizza. Who needs humans? 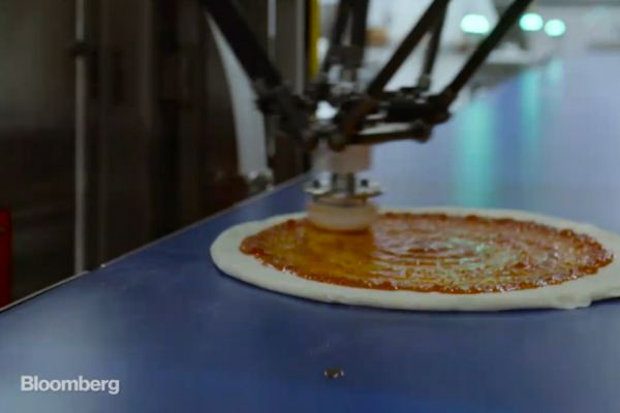 This whole process describes the robots working behind the scenes at Zume Pizza, a new startup that is located 2 minutes away from Google’s headquarters in Mountain View, California. They think they can compete with the major pizza chains, because without as many humans, it should be very profitable.

Well if they start sending robot delivery drivers, don’t expect a tip. I don’t tip robots. Unless I tip them over. Then run.