Drake Anthony aka “styropyro“ is truly a mad scientist. Why you ask? Because he recently created a 200-watt laser bazooka. Just to give you an idea of the power that he is harnessing, a typical laser pointer is .005 watts, and even the most most powerful handheld lasers out there are just 3.5 watts. This is the Death Star of lasers. 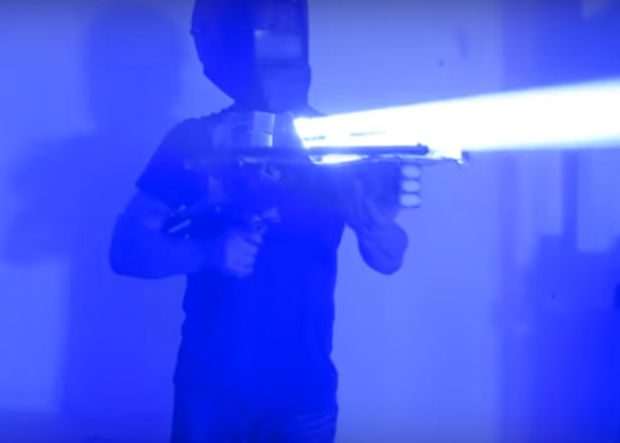 His bazooka was built from scrap metal, a pile of broken ‘hybrid’ DLP projectors, and a focusing lens, and it runs on a stack of lithium polymer batteries. He has to wear a specially made welders mask when he uses it because it would basically fry his face and melt his eyes.

Here he shows the gun shooting through a computer case, igniting titanium infused gunpowder, blasting through balloons, and more. The intensity of this beam is truly terrifying. It’s amazing that just recording this thing on video didn’t destroy his video camera’s sensor.