Wreck-It Ralph Will Wreck the Internet in Upcoming Sequel

It’s not easy to do video game-centric movies right. Sometimes they turn out good, other times they just create a well intentioned flop. Wreck-It Ralph is one video game flick that many people loved. The good news is that a sequel is coming in 2018. 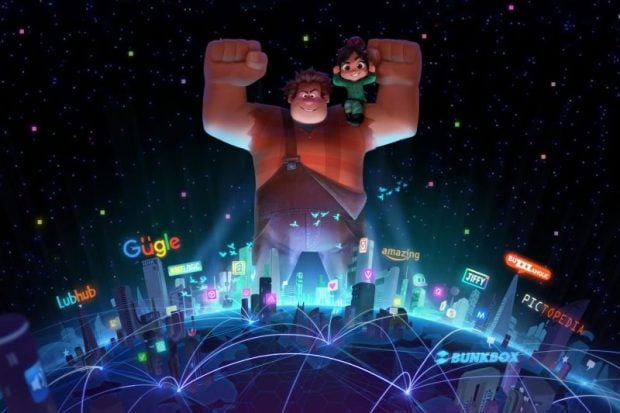 Walt Disney Animation Studios directors Rich Moore and Phil Johnston hit Facebook Live on Thursday to announce that an internet-centric sequel to Wreck-It Ralph is in production, and will be released March 9, 2018. The internet should be ripe ground for the gang to explore. The comedic possibilities are endless. Ralph will have plenty to wreck on the web, and at least some of your other favorite characters will be back as well. So far, both Ralph (John C. Reilly) and Vanellope (Sarah Silverman) are definites.

The trick will be to balance the video game aspect with the web stuff. This should be a fun movie. I can’t wait. Too bad we have to wait until 2018.