Inventor Colin Furze is known for building crazy stuff – from jet trikes to guitars that shoot fire. So you might be scratching your head wondering why his latest contraption is… a doorbell. But this isn’t just any doorbell. Colin built an elaborate and also very loud doorbell system for his house, shed, and bunker. He needed this because he was missing too many package deliveries while he was working on his over-the-top inventions. 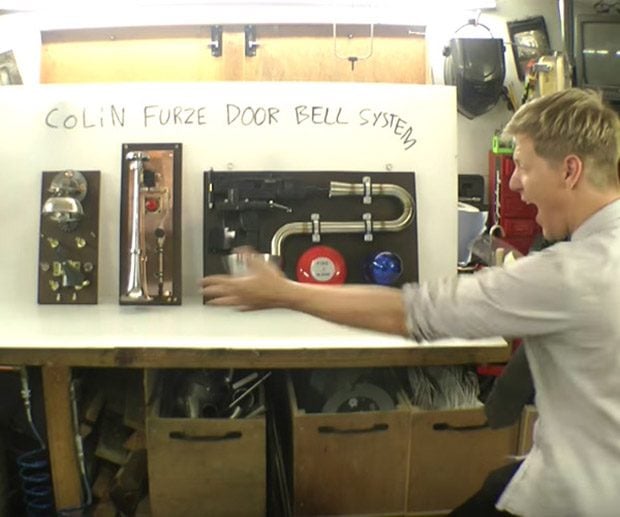 Each doorbell is designed for the environment he is working in, so they get louder and crazier as you go from the house to the bunker. In fact, the bunker bell incorporates an Uzi submachine gun firing into a pipe. Yeah, that’ll get your attention.

And just in case he still can’t hear them over the din of his latest jet-powered whatever, they all also have flashing lights. I don’t think Colin will be missing any more deliveries.