This Epic K’Nex Ball Machine Is a True Mechanical Marvel

Some people build simple stuff using K’Nex, but others like to build huge contraptions like this. This is The Citadel, a huge K’nex ball moving machine built by YouTuber Shadowman. It took him about 3 years to build it. 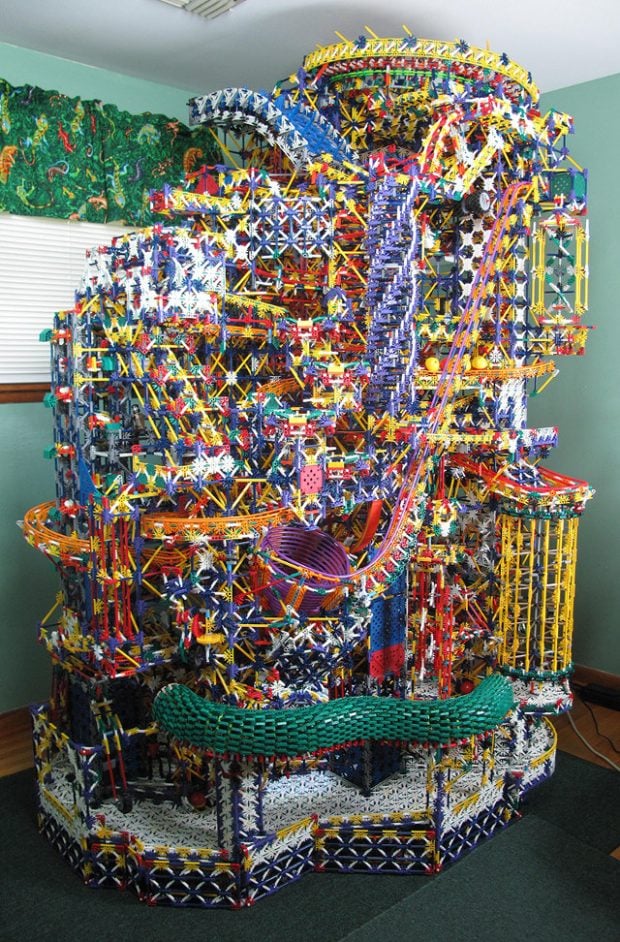 The machine features more than dozens of unique sections, lifts, and mechanisms that separate balls into 17 different paths. It also has little K’nex men working all over it, giving it a construction-type feel with lots of catwalks and stairs. It has three total motors, one of them powers all three floor lifts.

The actual time to build it was about one year, but with breaks it added up to about three. It is an amazing feat of engineering and it is a lot of fun to watch in action. Check out more pics over on Flickr and the build process here.