Yes, this looks like a cooler on six wheels. If you put some handlebars on it, it could be something you see at the NASCAR track between races with a redneck atop it. In fact, it’s a very swanky autonomous wheeled delivery system for packages and food that is in testing by Starship Technologies. 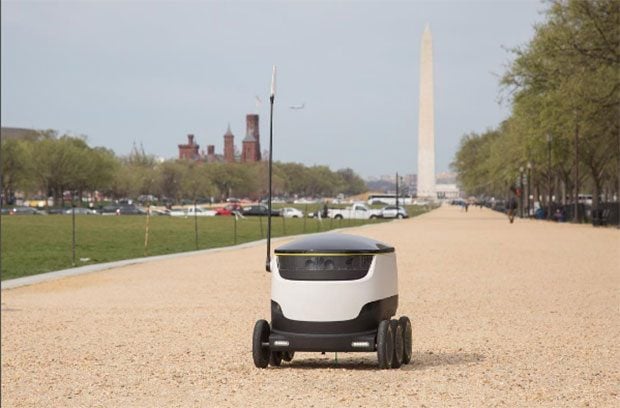 The idea is that the tiny autonomous vehicle could turn up and pick up food or packages for delivery at a retailer, then deliver the packages or food to the consumer within about a 2-mile radius. Testing in the US has racked up about 5,000 miles with no issues so far.

European testing will begin in London, Düsseldorf, Bern and another German city that is unnamed. Testing will also roll out to other European cities and American cities later. Testing is also continuing in Tallinn, Estonia where the Starship R&D facility is located.

This seems like a much more realistic autonomous delivery program than Amazon’s flying drone.