Play Tetris on This Bookcase

Books are so last century. Maybe we can come up with a better use for those old outdated bookcases. That’s what Øyvind Berntsen did. He added LEDs to the cells of his bookcase, then made them programmable so he can display pixelated images in multiple colors. Now he can play a game of Tetris on this bookshelf any time he wants. 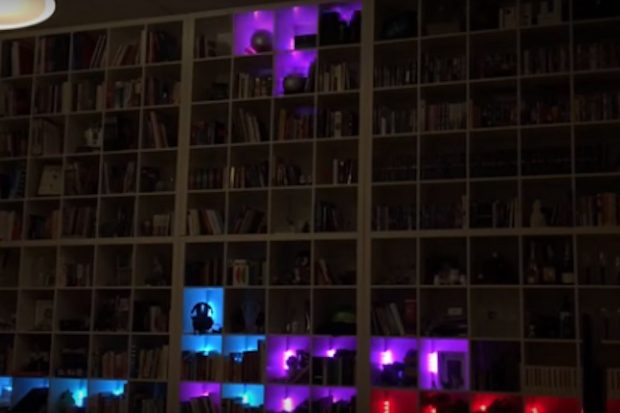 Berntsen first used this setup to create a game of Snake that ended in a marriage proposal to his girlfriend, Nadia Tokerud. You can check that video out here. After this system served its purpose and got him a wife, Berntsen converted the system so it can now play the classic block-stacking game.

It’s a pretty awesome setup. I wonder what he will do next with it.

[Lost at E Minor via Neatorama]