Patrick Stewart is a cool dude. I mean, he was Jean-Luc Picard and Professor X after all – putting him high up on the favorite list of many sci-fi geeks. He has something a bit different that has surfaced recently. It’s called Patrick Stewart’s Cowboy Classics. 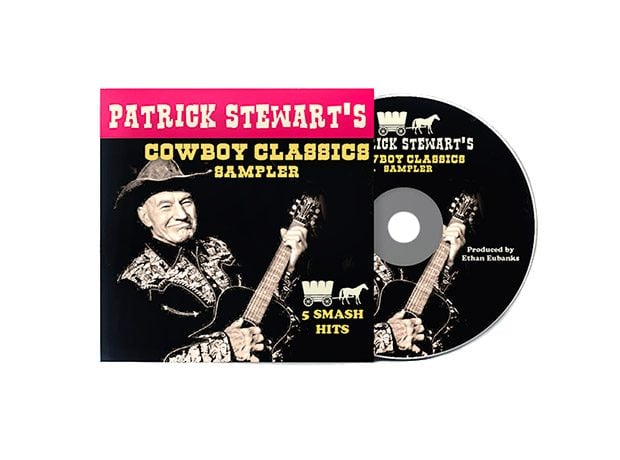 If you ever wanted to hear Picard sing old western songs, this is your chance. There’s even a promo video, complete with bulls and stuff. It’s both terrible and awesome to behold.

In case you are wondering, you can purchase a sampler of Cowboy Pat’s songs for $10 on cdbaby, with all proceeds going to support the International Rescue Committee. It has five tracks and pre-orders are available on July 13. The sampler includes the Christmas classic Here Comes Santa Claus, destined to be played at every Christmas party a geek attends from the rest of time.

or a science officer for that matter…