Are you worried about paparazzi taking your photograph when you don’t want it? It’s pretty tough being a big star. Good thing that the $376(USD) asking price for this scarf is just peanuts to people like you then. It’s specifically designed to ruin all of those flash photos. 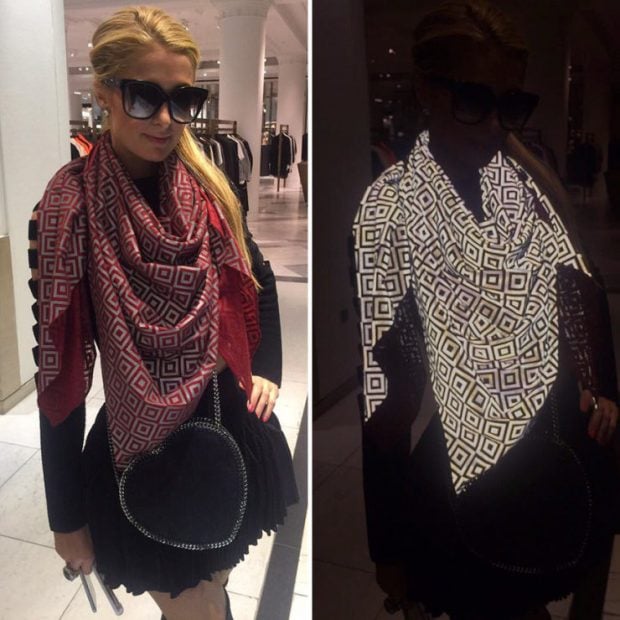 It was created by Saif Siddiqi and is called the ISHU Anti-paparazzi Scarf. Basically it is coated in a highly reflective material that will screw up a camera’s exposure settings when bright flashes are used. Perfect for big deal people who hate photos of themselves. Yes, vampires. But also celebs.

Apparently, some celebrities have started using it already, so I’m sure it is becoming a must have item in Hollywood. Like most fashion accessories, the price will likely go up too if famous people are starting to wear them.