Uber, the mobile app-based taxi service, is investing a lot in developing autonomous cars to replace or augment human drivers with robots. But that technology isn’t in place yet, so they are looking at robots that can act as security guards in the meantime. 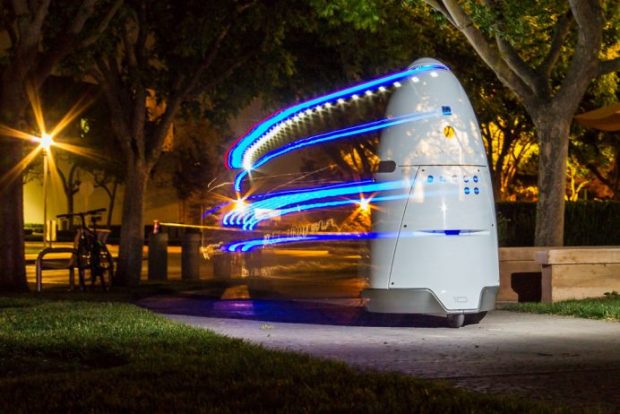 Specifically, the K5 robot, a 300-pound security robot developed by startup Knightscope. They’ve already tested the robot patrolling an Uber inspection lot in San Francisco. These bots are rented two at a time, so one charges while the other one patrols. Think of them as Paul Blart Car Cop. They cost just $7 an hour to operate.

They are basically sensors on wheels, moving around the designated area, recording video with infrared or regular cameras, which can be streamed to a remote human watcher. They can also read license plate numbers. They look like Dalek prototypes, so let’s hope they don’t evolve to start murdering humans.

[via Popsci via New launches]