I’ve seen commercials for Comcast’s Xfinity Home service, but have never seen the system in use until now. I recently had the opportunity to stop by a home that was fully outfitted with this smarthome and security service, and was really impressed with what I saw.

For those of you unfamiliar, Xfinity Home is first and foremost a high tech home security service, which combines hardware, Comcast’s network, and monitoring services to help keep your home, its occupants, and possessions safe. 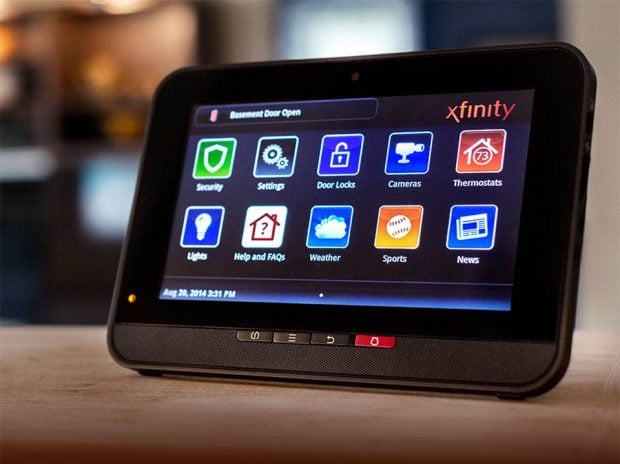 At the core of the system are features like door, window, and motion window sensors, along with video cameras. The system supports multiple cameras, each of which can stream its signal to the cloud for monitoring and storage. Most recently, Comcast rolled out a new video camera, dubbed “xCam,” which offers a wide 109-degree field of view, HD video capture, and infrared night vision. Unlike other wireless cameras, this one smartly places the wireless connection at its power source, rather than at the camera itself, improving connectivity and flexibility. 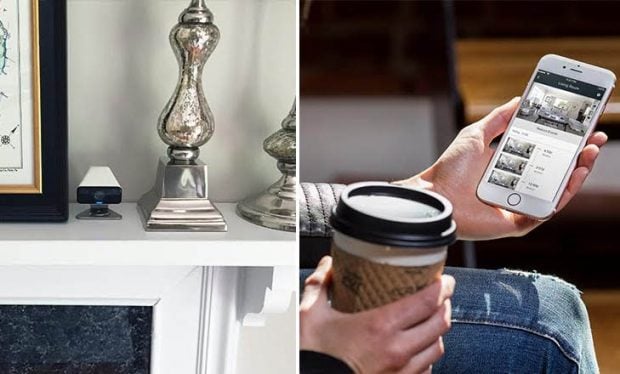 The service offers remote monitoring, so police or emergency services can be notified in the event of a break-in or fire, and can also work with existing security equipment. That way, if your house was pre-wired for an old-school alarm, you can still use those sensors you already have installed. In addition to door, window, and motion sensors, you can also get smoke and water detectors. 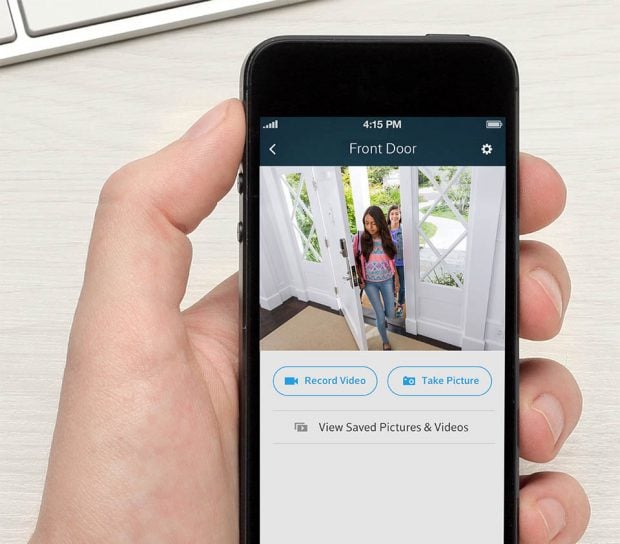 Functions of the security system can be controlled via an included wireless touchscreen, or more conveniently, via any Android or iOS mobile device. You can also control the system from your television if you’re also subscribed to Xfinity’s X1 service – but that’s not a prerequisite. 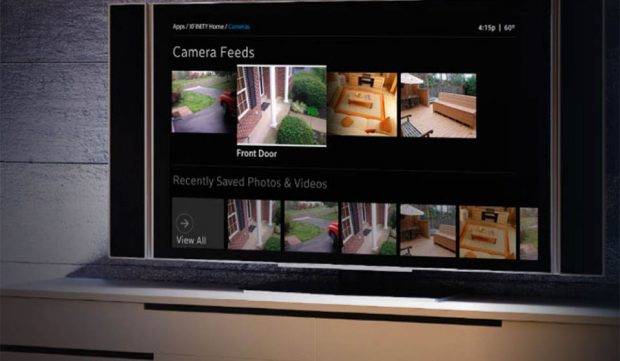 What makes the Xfinity Home service more compelling than other home security systems is that it also integrates with home automation tech. While Comcast does offer some of its own branded home automation gear, what’s really compelling is that they’ve chosen to integrate with some experts in the field. As of this writing, Xfinity Home is integrated with Nest thermostats, Kwikset and August smart locks, Chamberlain MyQ garage door openers, and Lutron Caseta lighting controls. Other integrations are in the works too. 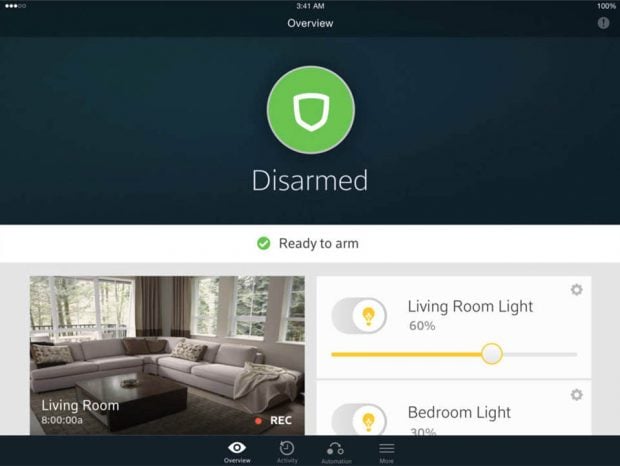 The simple, touchscreen interface lets you easily do things like turn lights on and off, check live camera footage, check if your garage door is open – and close it, or unlock doors as you approach them. There’s also the ability to create rules – so for instance, if you want to receive an alert if your kid doesn’t come home by a particular time, you can. You can also do clever things like placing sensors indoors – so if you want to keep an eye on your liquor cabinet, it’s easy to do. Set up rules to activate lights at particular times of day, or when somebody enters your house. It’s all easy to do. 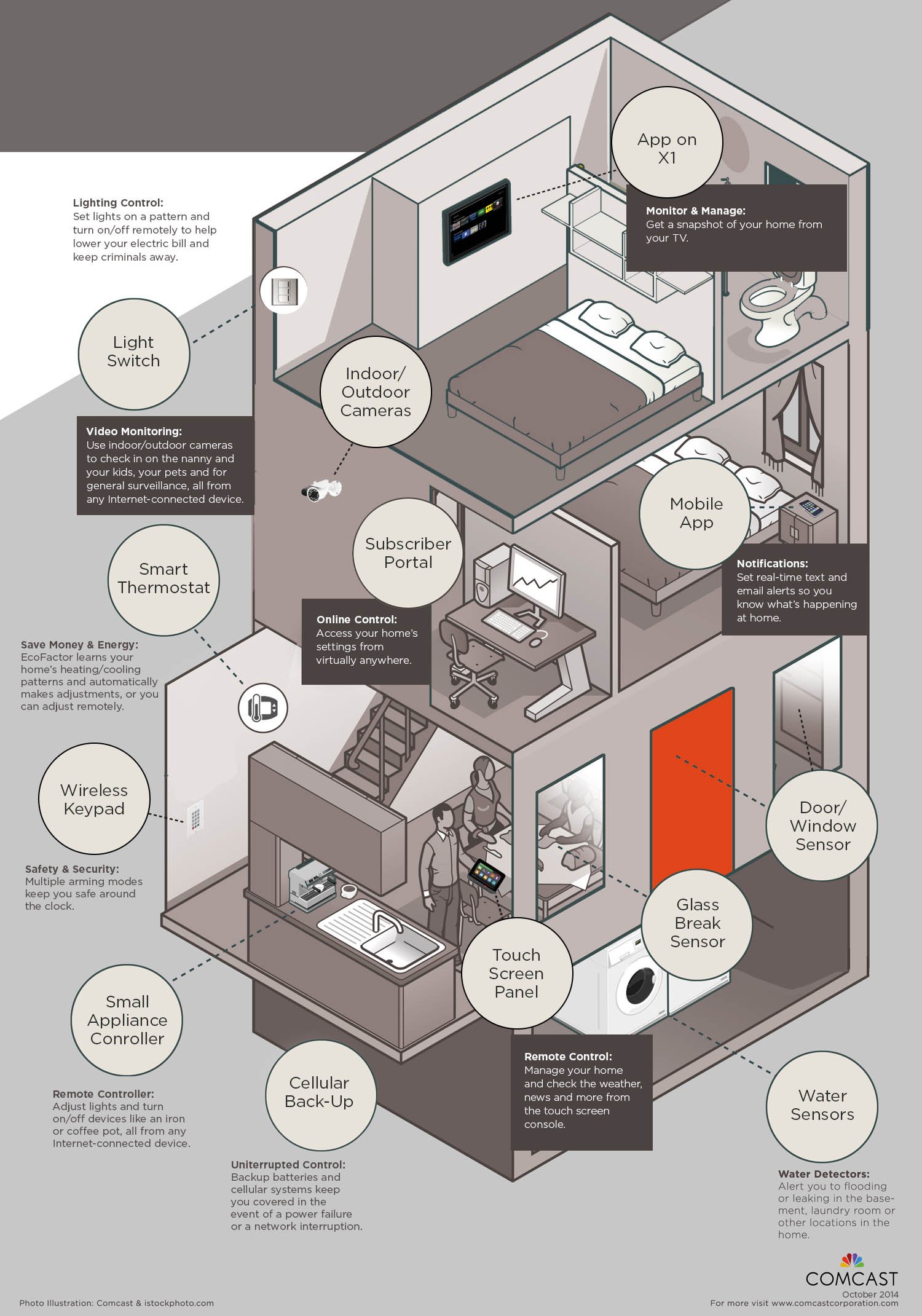 Overall, I’m very impressed with what I saw during my demonstration of Xfinity Home, and would definitely consider it for my own home. Prices for the service start as low as $29.99/mo. (for the first 12 months), plus installation. 24×7 video capture and storage can be added for $9.99/mo.