Pokémon GO Takes to The Skies

Pokémon Go is blowing up like crazy. Everyone is playing it and getting out and walking. But what if you are lazy and don’t feel like walking just to catch Pokémon? We already saw one person playing the game using a drone, and now it seems that it’s turning into a trend. The guys behind Dronémon Go have also been using a drone to play the game so they don’t have to work up a sweat, and have shared a video of their airborne antics. 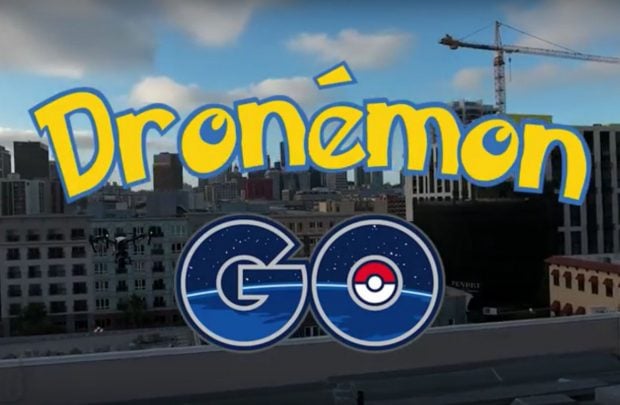 After all, who wants to actually walk around in the real world? The video doesn’t tell us much about the build, but it looks like the guys from Bean of the Month cloned a cellphone and mounted it to the drone with a camera capturing the screen.

The team can just sit on a rooftop and visit Pokéstops and even catch Pokémon from there. It is a great way to catch ’em all.