DURUS Walks Like a Human: The Robot Wore Tennis Shoes

Remember the DURUS robot I talked about last year? This humanoid ‘bot was able to walk for over two hours on a charge. Well its handlers at AMBER Lab have made its walking much more efficient with some new hardware, software, and fancy blue shoes. 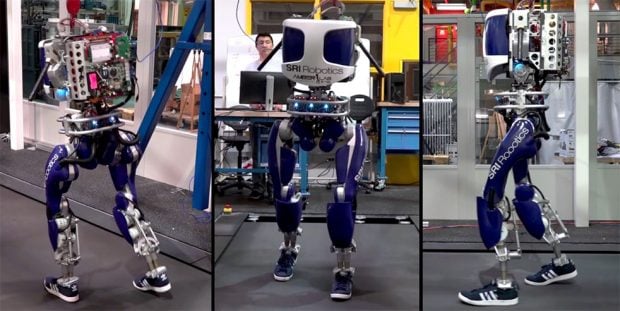 The robot has nearly met its goal of being 20x more efficient at walking than other automatons of its kind. The cool part is that DURUS is able to get this smoother, human-like walking action down without needing to use a tether for power or processing – its walking algorithms are all controlled by an on-board computer. The crane you see in the video isn’t bearing any weight either – it’s just there in case DURUS stumbles.

This means DURUS is one-step closer to being able to run you down, rip off your head, and steal your adidas. Watch the video and see DURUS breaking in his new kicks with a very human-like saunter down the treadmill. 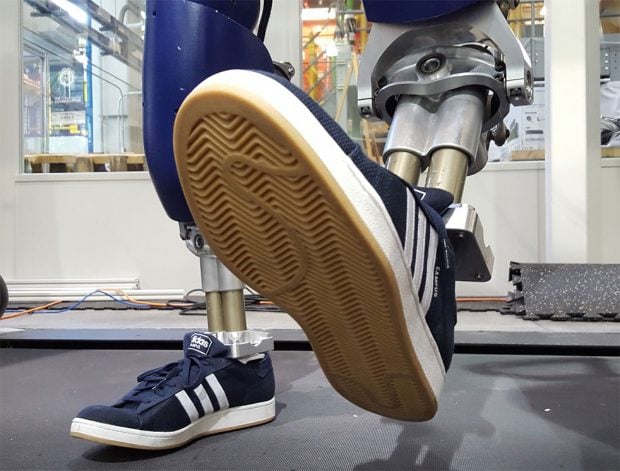 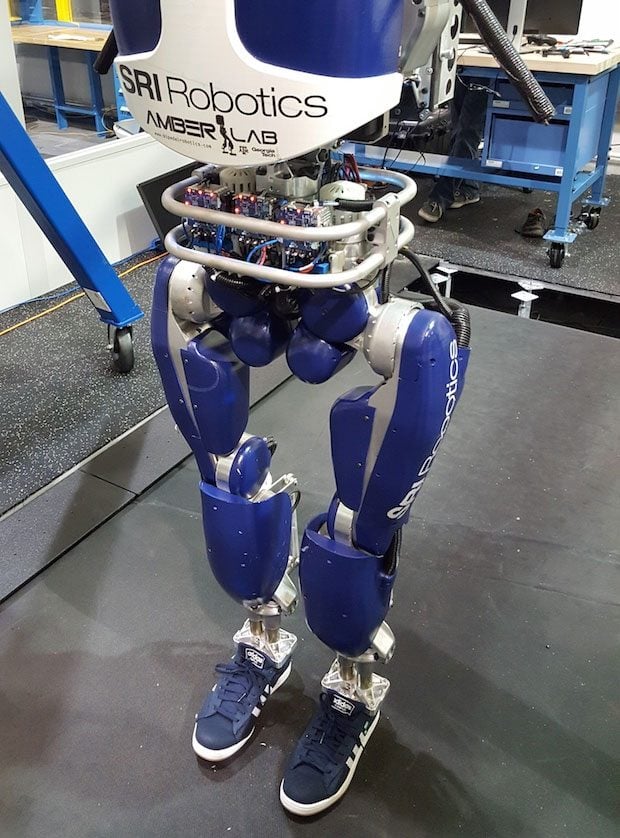