If you want a small video camera that can live stream and record 360° video, the Nico360 might be just the ticket. The camera is tiny, measuring in at just 46mm x 46mm x 28mm (~1.8″ x 1.8″ x 1.1″). It’s waterproof without needing a case around the camera and it can stream video without needing a PC thanks to integrated Wi-Fi. 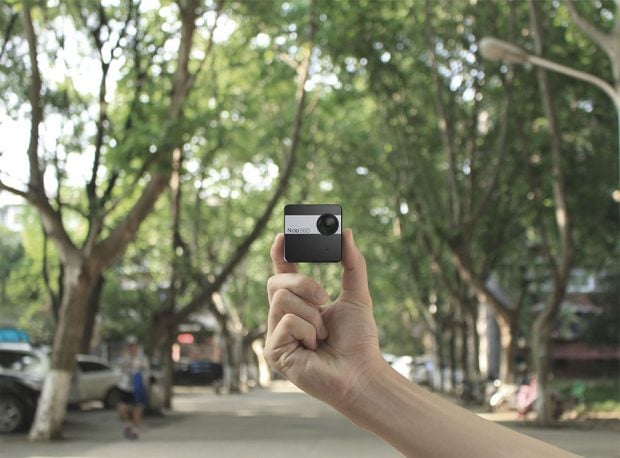 The camera also has internal stitching to piece together 360-degree VR compatible video from its front and back camera lenses. Resolution for 360 video is 1440p, which isn’t exactly thrilling though. There’s 32GB of internal storage, Bluetooth, and support for Adobe RAW/DNG format still images, with an impressive 25 megapixel resolution.

It is compatible with iOS, Android, and Windows devices. Power comes from a 1400mAh internal battery. Battery life while streaming would be the biggest concern about this tiny camera.

Retail price will be $199, but during the current Indiegogo campaign, you can get hands on one of the cameras while the early bird specials hold out for just $129. Shipping is set for October 2016. If they manage to hit a $200,000 stretch goal, they plan to add 4K capability.

If they’re able to pull this off, the Nico 360 will be a steal compared to the Ricoh Theta and Samsung Gear 360, which are more than double the price when similarly equipped.