This Pneumatic Robot Dog Runs Like Its on Crank

What is it about scientists creating terrifying robot dogs? Meet the latest mechanical mutt, who goes by the name PneuHound. It is a pneumatic-powered quadruped being developed at Osaka University‘s Adaptive Robotics Laboratory by Koh Hosoda and his team. 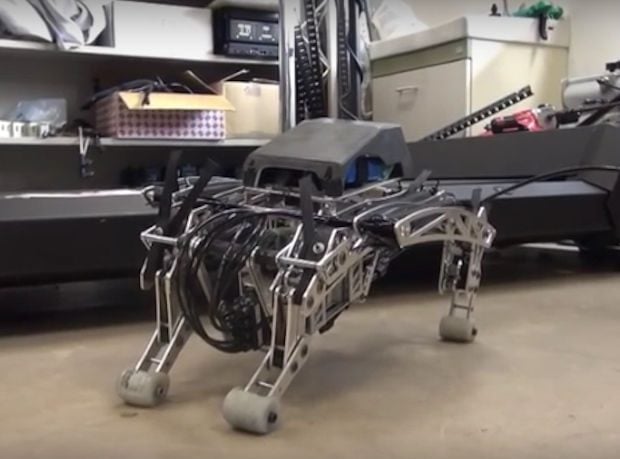 The way this dog moves is creepy as hell. It doesn’t run so much as he skitters across the floor, like a killer robot all hopped up on uppers. If it had a mouth, it would be foaming. And it would bite you.

The machine’s name is derived from its resemblance to an excited running puppy, while it skitters about at a top speed of about 6 mph. Okay, you could probably still outrun it, but it just looks crazy fast on that treadmill.

[via RocketNews24 via Laughing Squid]