How’s this for a fun idea? BMW USA apparently outfitted a BMW M6 and M6 GTLM with live cameras and R/C technology so they could be driven by remote control in the style of a first-person racing game. 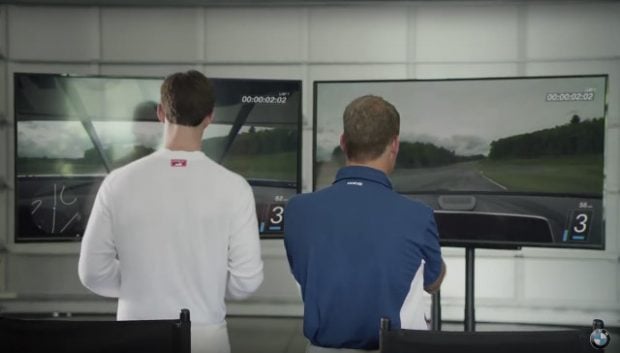 It’s a cool idea, but there may be some trickery going on here though. How many professional racecar drivers can just pick up R/C controllers and drive cars expertly? It’s hard enough to do when you’ve got experience.

Anyway, whether they actually did this or not, it is a pretty awesome idea. I know I would love to play a video game with real cars. At least until I crash mine and the game ends after like 5 seconds.