I guess I’m out of the loop on this one, because I had no idea that the Chinese loved Iron Man so much. They really do. Of course they also love pandas. Like, really love pandas. So naturally, they combined the two beloved figures to create a new and amazing superhero that the world has never seen before. A panda wearing Iron Man armor. Yep. Nothing to see here. 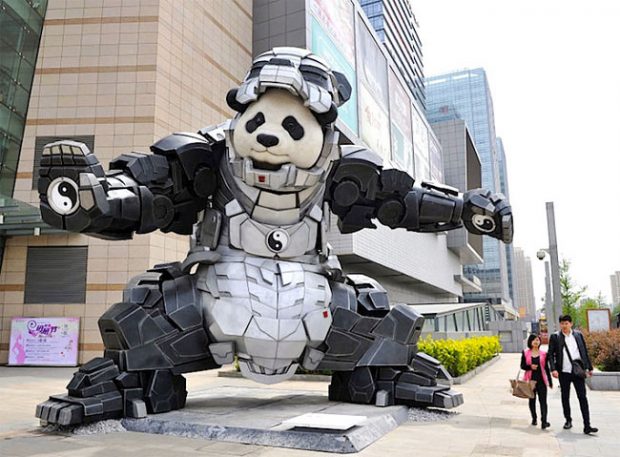 This amazing statue was created by Chinese artist Bi Heng, and measures nearly thirty feet tall. He has yin and yang arc reactor lasers all over so you know he’s powerful. 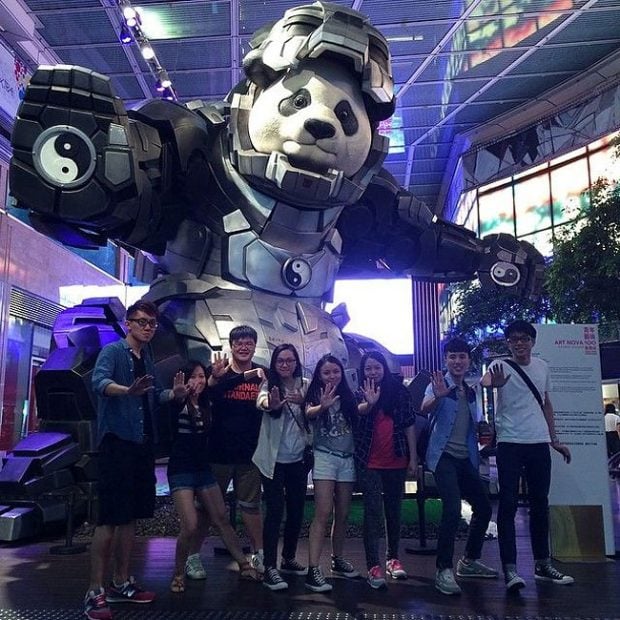 The statue resides in Shenyang, where they basically worship him and crime is probably way down, because giant friggin’ panda in armor! 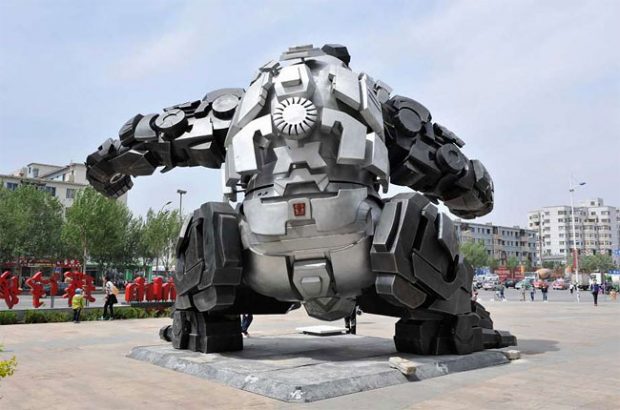 [via Design You Trust via Neatorama]