Giant Fire-Breathing Vortex Cannon: I Fell into a Burnin’ Ring of Fire

Everything is always better with fire! That includes air cannons. Bigger is always better too. It’s not just a Texas thing. It’s a fact. That’s why Kevin Kohler, aka “The Backyard Scientist,” took one of those vortex air cannon toys and not just made it bigger, he added pyrotechnics. 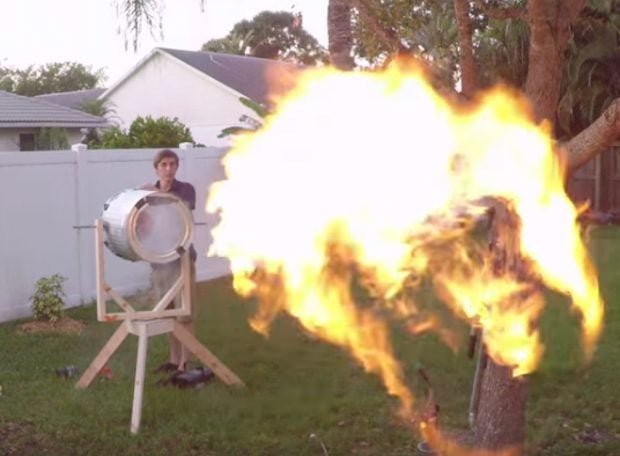 He built a vortex air cannon ten times larger than normal out of a trash can. Once he got that working, he added propane to the mix, and used it to blast rings of the flammable gas towards an open flame. This creates awesome flying rings of fire.

Yeah, that’s all it does and that’s okay, because rings of fire are cool! I mean hot! On a safety note, you should never have a torch burning right next to a propane tank. Or do anything shown in this video, for that matter.