Robots Are Now Pretending to Be Homeless

It’s always good to be nice to those who are less fortunate than you. If you see a homeless person on the street, consider helping them out. Just beware, it could be a robot in disguise. Like this guy. 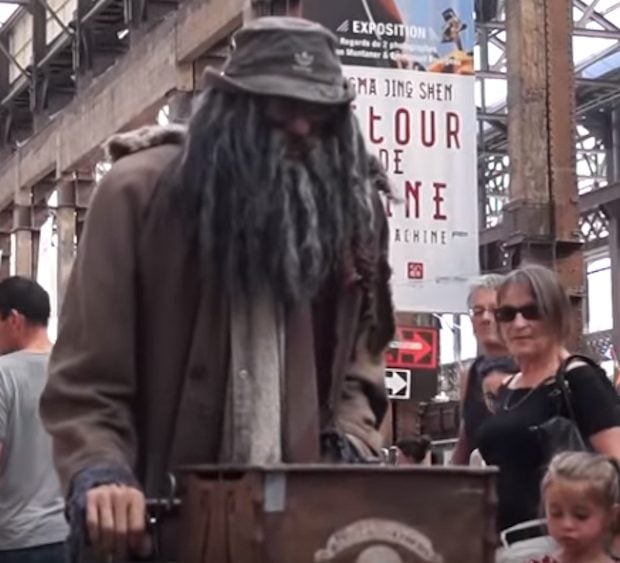 It’s name is Dirk. His movements look realistic, and that is largely because we’re used to seeing homeless people who are sick or injured slowly shuffling along the street. Dirk isn’t autonomous though. Its creator, Fred Ables of Electric Circus, hides nearby, among the crowd and controls the robot. In this way, the robot can realistically interact with people. When someone gives him money, he will even play an organ. Maybe tug at your heartstrings.

Even the homeless aren’t safe from our robot overlords.