David Zarrouk’s latest robotic creation, dubbed “SAW” takes its inspiration from an ‘80s dance move known as the worm. With just one motor it can wriggle across the floor by moving its flexible body up and down. It can also swim, and even climb narrow spaces. Basically it can worm it’s way almost anywhere. 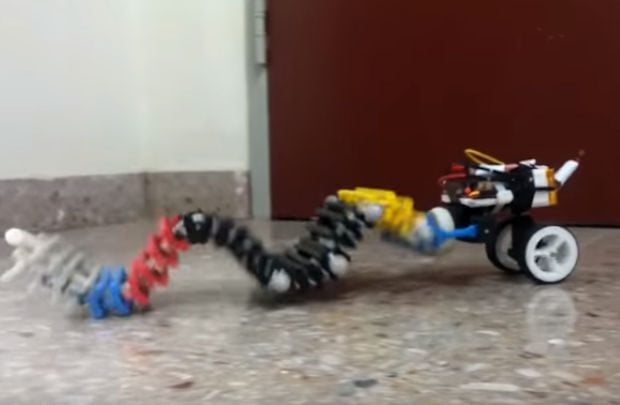 It’s pretty damn creepy, but also pretty awesome. SAW stands for Single-Actuator Wave. It uses a single motor and a rotating wheel to move its 3D-printed flexible spine up and down in the shape of a sine wave. And that’s how it does it’s worm thing. When encased in a waterproof skin, it can even swim.

This robot is handy for exploring cool alternatives to walking, and what it teaches us could be useful for the robots we send to explore other planets. That way we can creep aliens out with our robots.

[via Design and Robotics, IEEE Spectrum, and Gizmodo]