There are an insane amount of projects being launched and funded on Kickstarter, so it can be hard to keep track of what was funded and what hasn’t been. Amazon will help with that. They have created a storefront in partnership with Kickstarter that will show you nothing but products which were launched on Kickstarter. 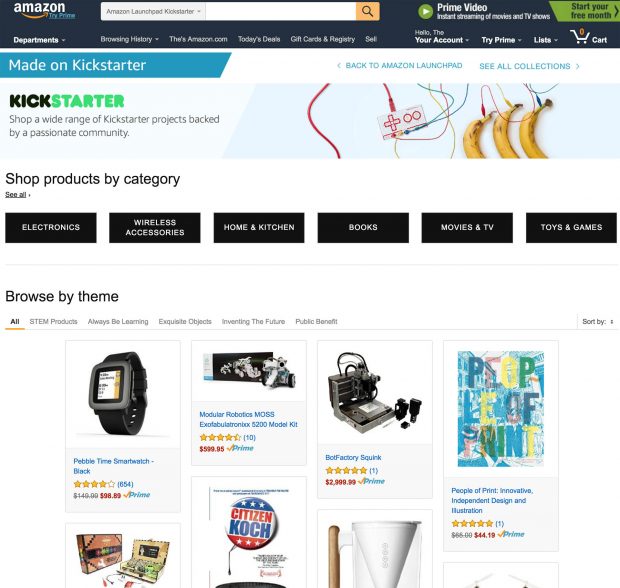 This store is an extension of Amazon’s Launchpad platform, which is Amazon’s way of promoting products from startups. However, it looks like the products are all ones which have already been successfully funded and are in production, so you won’t be taking the risk that is normally associated with being an early crowdfunding adopter. On the other hand, Launchpad includes some pre-order items.

You can check it out over on Amazon. There are all kinds of cool items in the shop. You might even find some Kickstarter products you didn’t know about.