Any parent of a LEGO fanatic will tell you there’s nothing worse than stepping barefoot on a pile, or even a single LEGO brick. The pain is excruciating. I’m pretty sure that Hell is nothing but a LEGO covered floor you have to walk on for all eternity. So the LEGO treadmill challenge? Yeah, that’s crazy talk. 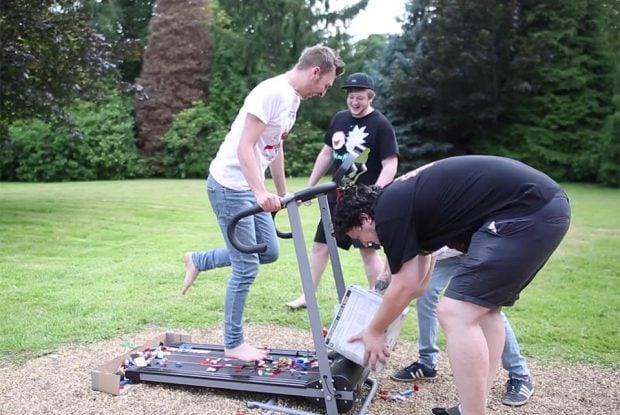 Walking on LEGO is bad enough, but these guys from Where’s My Challenge are running on them. It’s nothing but self-torture. Therefore, obviously NSFW. There’s a lot of F-bombs and maybe some blood along the way.

Hats off to these brave men for undergoing this, the world’s worst form of torture. They are all champions. Hopefully they will all be able to walk again after this.