The Oregon Trail Card Game: You Have Rolled the Die of Dysentery

I spent so many hours playing The Oregon Trail back in the day. Regardless, I always, always died of dysentery. In fact, I don’t think anyone in the history of 6th grade beat that game. If you feel like getting dysentery in the form of a card game rather than an old and pixelated video game, you now can. 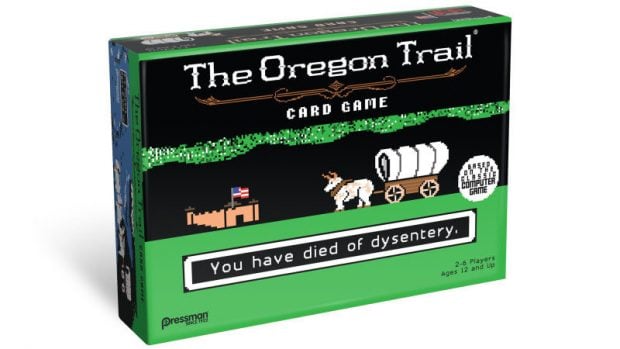 A card game version of the classic game has turned up at Target and it looks pretty cool. The game comes with 58 trail cards, 32 calamity cards, 26 supply cards, a laminated wagon party roster, erasable marker, and a die. The die is the physical embodiment of deadly diarrhea. 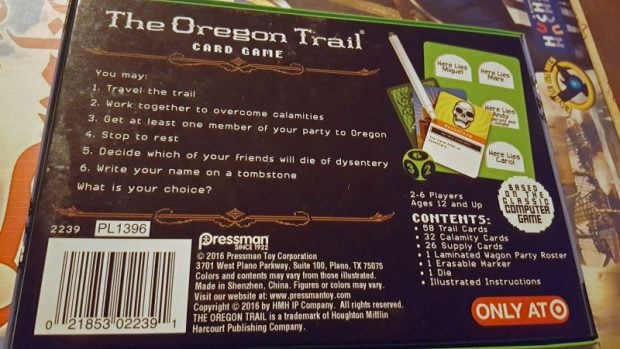 Check out the video to see how the game is played – basically, the objective is to help get one of the players at the table from Missouri to Oregon without dying. It looks really cool and probably as hard to beat as the old video game.