Action video makers Corridor Digital have created a very cool fight sequence using stop motion techniques that make it look like gravity was thrown out the window. The scene is super cool and you will certainly want to watch the video below a few times at least. 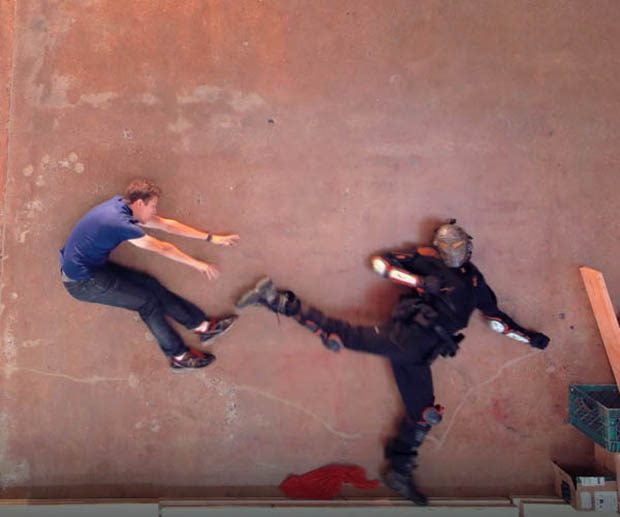 The entire scene was made with no computer generated graphics, no wires, or any camera trickery (other than hanging the camera from the ceiling). It was made using good old stop-motion and elbow grease. I can only imagine the filming required the actors to lie on the floor for days at a time.

According to the behind the scenes video, it took them five straight 12 hour days to complete. The result is one of the coolest videos I have seen in a long time. Fire it up and sit back, you will enjoy.