Remember those isolinear chips that Starfleet used in TNG? They were basically their form of memory cards to slot into their computers. Well, now you can use them to rest your drinks on so they don’t damage your surfaces, like tables, counters, navigation consoles, etc. 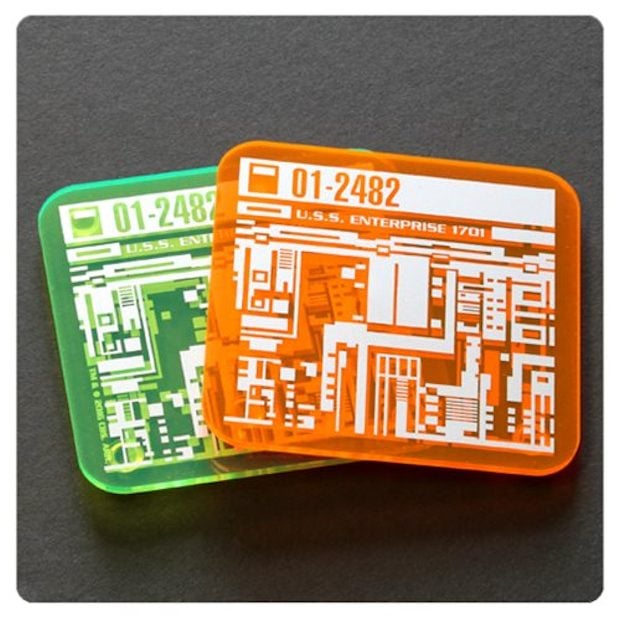 These Star Trek isolinear chip coasters come in a 2-Pack for just $14.99(USD). I have no idea what data is stored on them. Could be Geordi’s diary, Picard’s meal plan for the replicator, or Riker’s little black book, in which case these things are probably full.

These coasters are going to look great in your Enterprise bridge replica livingroom. Just don’t try to stick them into your computer, because they won’t work – at least not until the 24th century when we have the technology to read them.