Remember that monster bus that towers over traffic and swallows cars whole? Apparently, China actually went and built the thing. For years, the country has been talking about building this beast and it is now a reality. This gigantic bus straddles multiple lanes of cars to move commuters without creating a traffic mess. 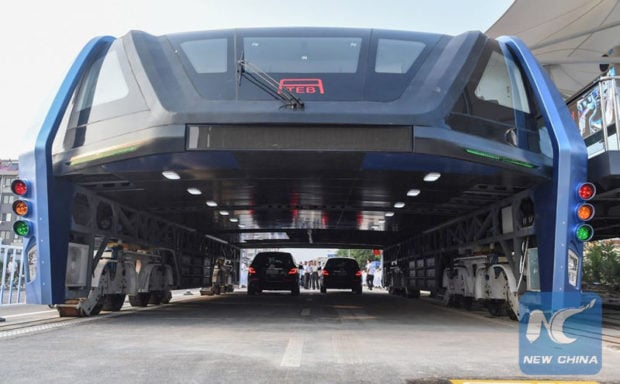 The real-life version has started testing in Qinhuangdao, China. During the testing phase, the bus will limited to a 300 meter long track, with limited turns and traffic challenges. If it handles that well, it may show up in busier areas soon after.

For now, this one goes slowly, and its capacity is 300 passengers, but its creators hope one day to build a version that can carry over 1,200 passengers at speeds of close to 40 miles per hour, all while traffic moves freely beneath this driveable tunnel. This sure is a creative way to relieve congestion on China’s roads.

[via Xinhua News Agency via Gizmodo]