Kevin Kohler aka “The Backyard Scientist” does all kinds of cool and questionable stuff in his backyard. Well, now he has made a cool, or should I say hot, flaming sword. 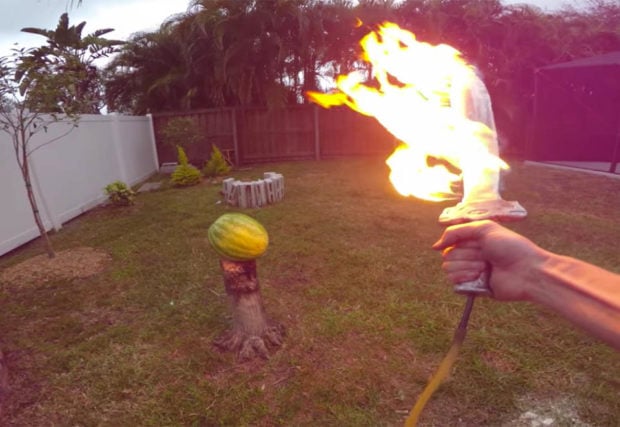 Kohler filmed himself building a sword that’s literally on fire. Basically, he cast a toy foam sword in aluminum, drilled holes in it, polished it up, then went the extra mile and connected it to a propane tank, because you can never have enough propane.

Then he used his fiery sword to slice a watermelon. It get’s pretty hot in his hand though so he can’t use it for very long, but luckily it doesn’t take long to slice things. And cooling it off is as simple as dipping it in the swimming pool.