Wall-climbing robots have been around for a while, but wall-climbing robots that can actually spin spiderwebs? Did I mention they were made of carbon fiber? Yeah, that exists now. We’re all going to wind up suspended from some cave ceiling in cocoons. Great. 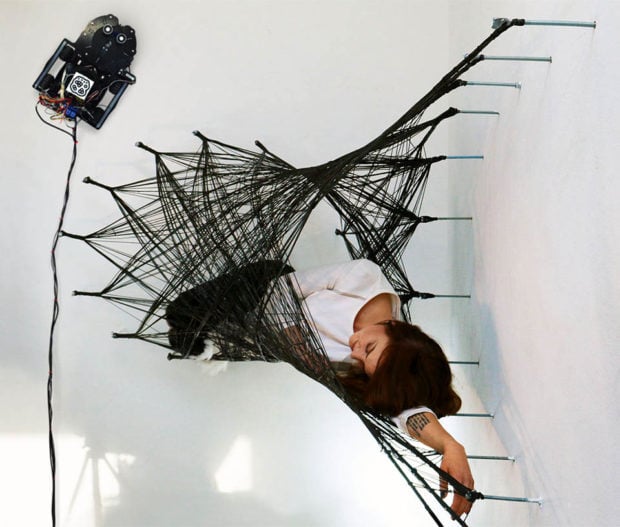 This project from the University of Stuttgart’s Institute for Computational Design called the “Mobile Robotic Fabrication System for Filament Structures” is just a fancy way of saying “spider robot that spins webs.” It was created by grad student Maria Yablonina. Her robots work in tandem to weave carbon fiber filaments into Spirograph-like forms.

Two robots pass carbon fiber threads back and forth to create the pattern, then attach it to wall anchors. The web-like structures can be built on up to four walls just by adding more robots. The robots use powerful vacuum fans to stick to the walls. The idea is that they can create unique architectural elements. Think of it as taking string art to the next level.

[via Techcrunch via Engadget]