Back in the ’80s, there were a bunch of places where you could go and play laser tag if you were so inclined. For kids of the future, laser tag will be replaced with sweet virtual and augmented reality games where you can shoot and run until your heart’s content. Before those cool VR games can roll out, we need some cool peripherals to go with it like Striker VR’s Arena Infinity haptic VR gun. 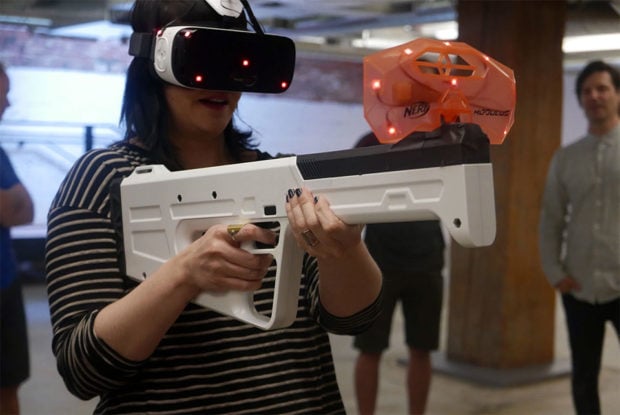 This thing looks like a modernized Nintendo light gun from back in the day, but it does a lot more than shoot. It actually has a linear accelerator inside that allows you to feel the recoil of single shots, bursts, and full auto fire. The virtual recoil system can also make you feel like you are charging your rail gun before you fire, and it can even feel like a chainsaw if you need to slice through an enemy. 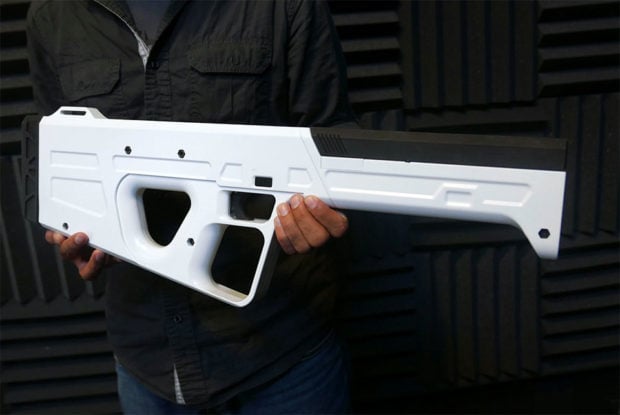 This is the first time a fully working prototype of this gun has been shown. Check out the video to see it in action. Dev kits will ship in Q4 2016, but there’s no word yet of a consumer version.