Laser pointers are cool, especially the bright ones that you can use for popping balloons and harassing the cats on the next block over. After a while all that gets a bit boring though and you need something new and cool to do with your laser. This is when you will want this laser diffraction plate kit. 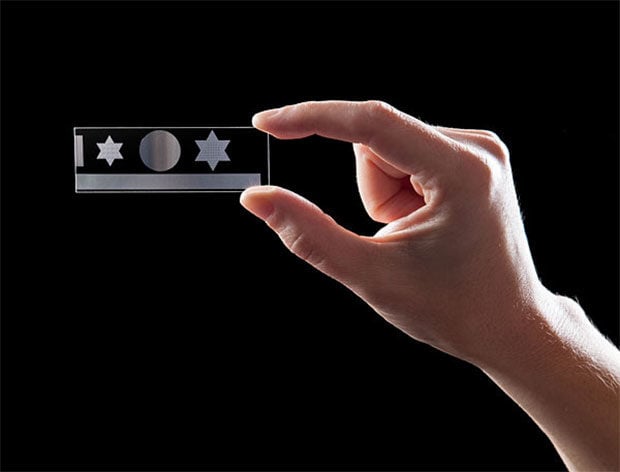 It looks like little glass slide with some etched areas on it, but It does some very cool things when you shine a laser through it. If you can believe it, that long section on the bottom projects a spinning globe.

Other areas project a star field, another shows a constellation, and another shows a series of concentric circles. Sadly one of the areas is wasted on a company logo, presumably the guys who make this thing. The laser art diffraction plate sells for $15.99(USD) at ThinkGeek. Laser pointer not included. 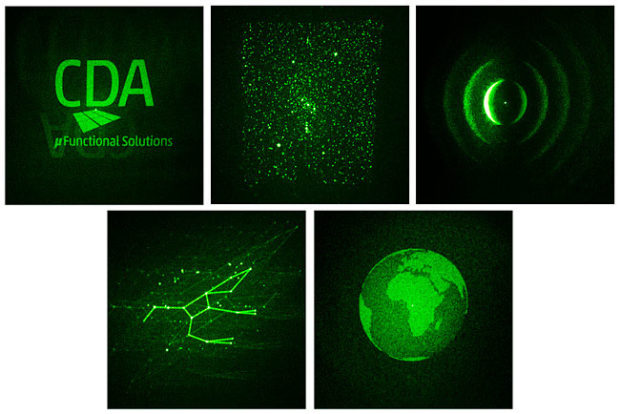