Sewage Truck Explodes Like It Had Taco Bell for Dinner

I never like to drive or park near sewage trucks. You know, the sort that people on septic systems call out when the crapper is full to slurp the disgusting sludge out of it so you can drop a deuce again. I always figure that at some point, one of the people operating the sewage truck gear will make a mistake and shit will go flying. 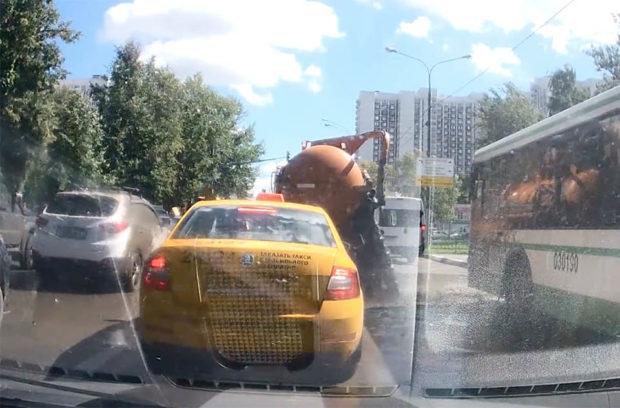 Clearly, I am right to fear this happening, and this video of a sewage truck literally losing its shit proves it. This nasty thing bursts open with enough force to spew turds literally everywhere.

I don’t know why I laugh so hard at this video. I can only imagine the thoughts flying through the mind of the driver of that SUV as the sewage truck blows poo all over their ride. That poor bastard will probably need to sell their car. I hope the bus driver had his window closed.