Colin Furze Builds 360 Swing as Tall as His House

Remember when you were a kid and you would try to swing over the bar? Well, since Colin Furze never grew up, he’s fulfilling his childhood fantasy at a terrifying scale. Safety equipment? Who needs that? 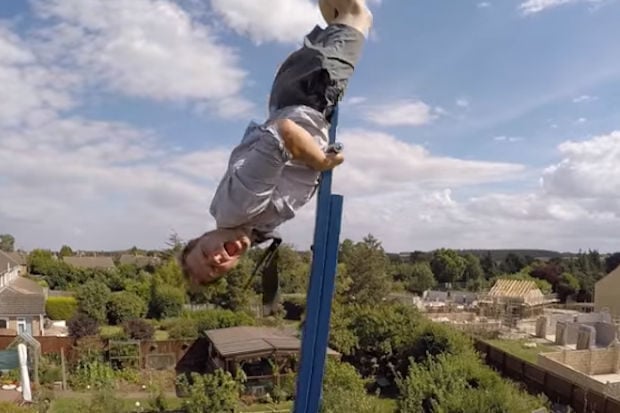 The the apex of the swing is about 31 feet high, and the A-frame supports of this counterweighted swing are as tall as Furze’s Lincolnshire, UK home. Watch him do his thing and try not to wince.

This is just further proof that Colin is crazy, but you have to admire his tenacity and bravery. He could easily fall from over two stories up there.  One of these days, I’m afraid he is going to hurt himself with one of his builds, but it sure is fun to watch him do his thing.

If you think this was nuts, Colin indicates at the end of the video that he might add some power to the rig. 360º jetpack swing, anyone?