The Doodle Duvet is Meant to Draw On

My daughter is really into art right now. She’s also into curling up in bed under her massive comforter even if it’s literally 113-degrees outside. This means I have to tell her at least once a week to not get markers on her fancy bedding that she couldn’t live without. I think what she really needs is the Doodle Duvet. 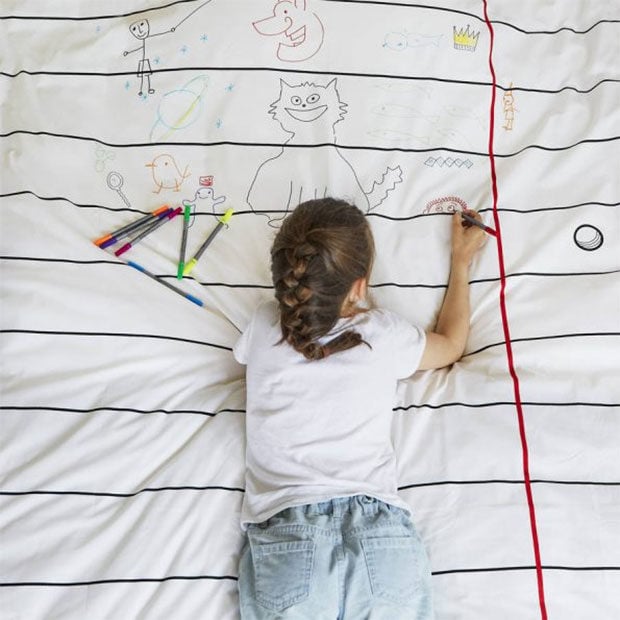 Sure, it isn’t exactly “cute” but it’s meant to be drawn on. It looks like a massive sheet of paper and you can mark on it with markers all you want. The markers are water soluble, so when you no longer want your design, all you need to do is wash it and start over. 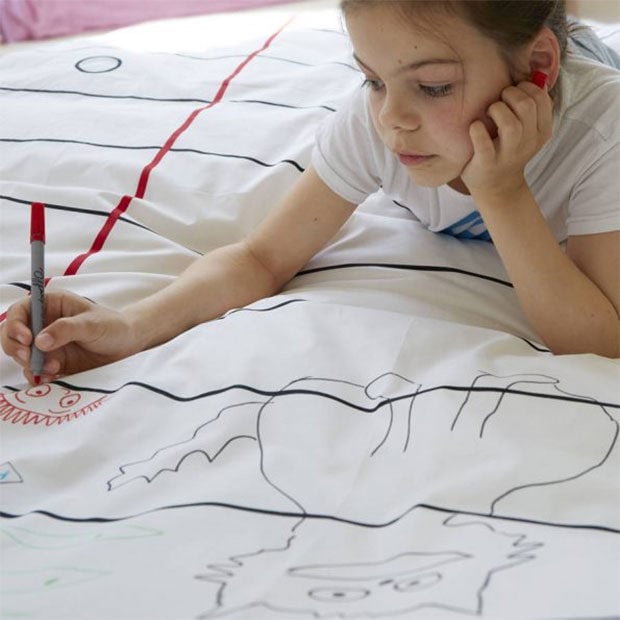 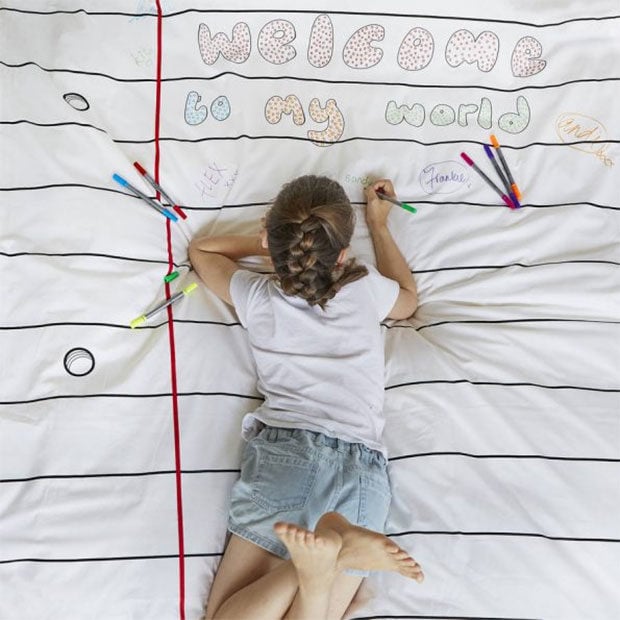 You can get the Doodle Duvet in twin or full size; at least I assume that is what they mean by single or double across the pond. Pricing starts at about $54 but since it comes from Europe, shipping will cost you almost as much as the duvet. It even comes with the ten pack of washable markers. 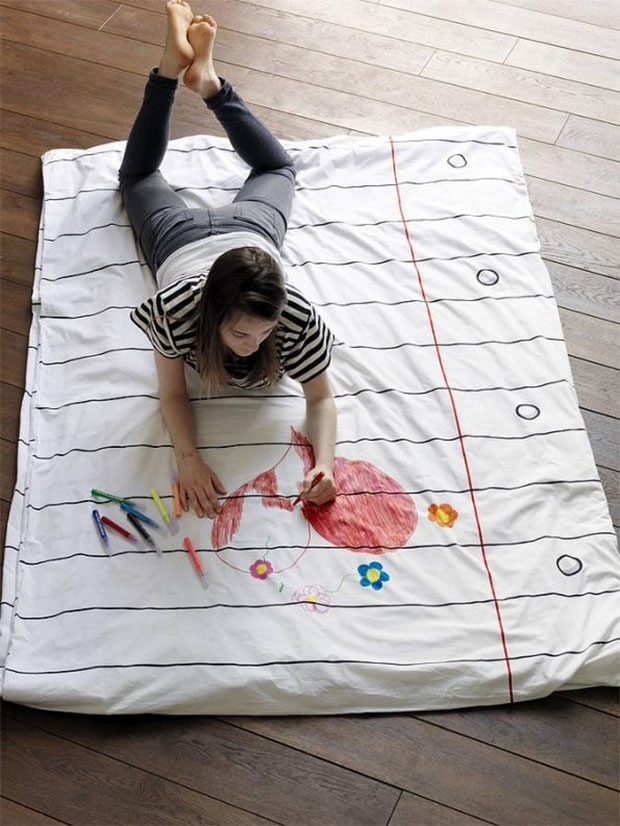 [via Incredible Things via Nerd Approved]