A real A-10 Warthog fighter plane is equipped with a Gatling-type 30mm cannon that can fire off 4,200 rounds per minute. This mini, remote-controlled version of the Warthog fires NERF balls instead. YouTuber ajw61185 put a stripped down NERF Rival Zeus blaster into the nose of an old FreeWing A-10, and the result is pretty awesome. 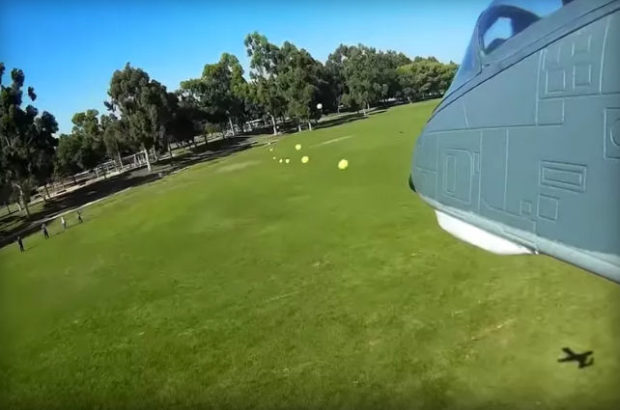 You can check out the video which shows the R/C Warthog firing off 12 NERF balls in less than half a second. You’ll have to watch closely, because it happens that fast. It fires the yellow spheres at around 0:19, 1:02, and 1:16.

Now if someone can just make a couple of these planes big enough to hold 4,200 rounds of NERF ammo, we can watch a proper dogfight.