If you want the best props and costumes possible, you better get some help from a movie effects artist like Frank Ippolito, who recently built a refrigerator that looks exactly like Han Solo frozen in carbonite. It’s even got that cool red glowing effect behind the carbonite. 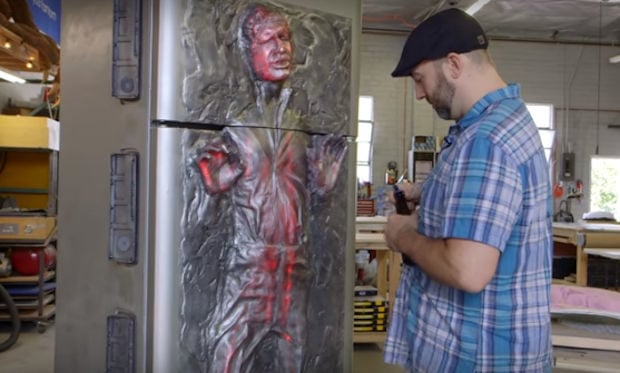 Jabba the Hutt would love it since it’s loaded with food and drinks, and he loves to show off his trophies too. But if you accidentally leave it open overnight, does Han thaw and get rescued? I have no idea. I just know that I would love to have this thing in my kitchen. He recently showed off the build to Tested editor Norman Chan:

You can check out some pics of the build on The RPF. If you want a smaller version of this fridge, be sure to check out ThinkGeek, who sells a ready made one, and it’s on sale for just $99.99. It’s not nearly as big or awesome as Frank’s, but it’s still pretty cool.