Watching things explode or break in slow motion is fun. That’s why Gavin Free and Dan Gruchy of The Slow Mo Guys built a LEGO airplane and a LEGO city, then recorded their destruction with their high speed cameras. 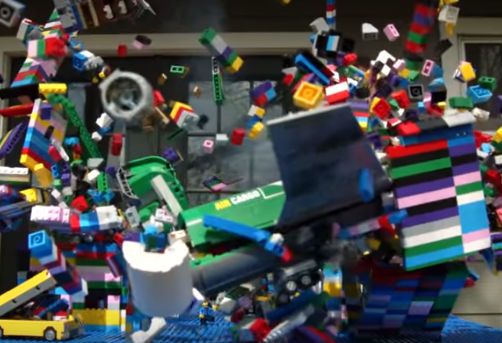 The slow motion was filmed at up to 2,500 fps using Phantom Flex and Phantom Flex4K cameras. It is really amazing how you can see all of the detail. Some parts do crazy spins as other bricks just fly outward just like in a Hollywood explosion.

This is some fine fine LEGO carnage. Luckily no minifigs were seriously hurt during this experiment, though it must have taken a ton of time to clean up.