I spent many an hour growing up making buildings and cars out of LEGO. Inevitably, I would destroy the buildings in some sort of Godzilla fantasy. LEGO has a new official building kit that lets you make a blocky version of the US Capitol Building. It’s pretty cool for a government building where a bunch of politicians that most American’s don’t trust or like work. 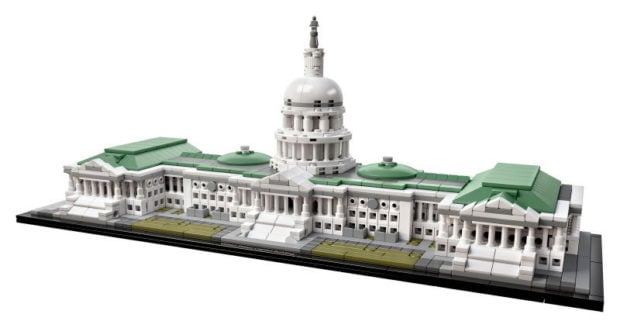 The kit is about as accurate as you can be in making a famous landmark from little bricks. It even has a little statue on top. The kit is large with over 1,000 pieces. When finished the building spans 17 x 6 inches. 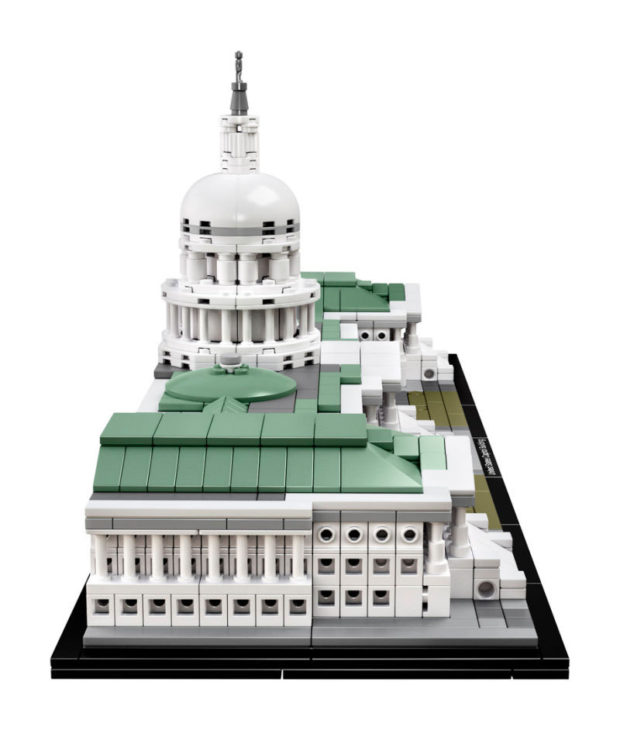 The dome is removable so you can see the rotunda inside. I’d like to build a giant Independence Day mothership to blow up the dome to make the kit complete. 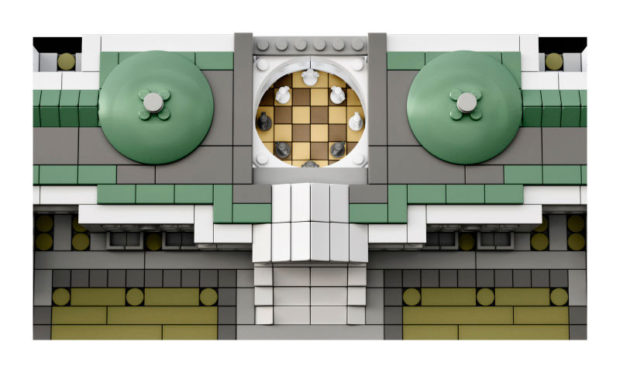 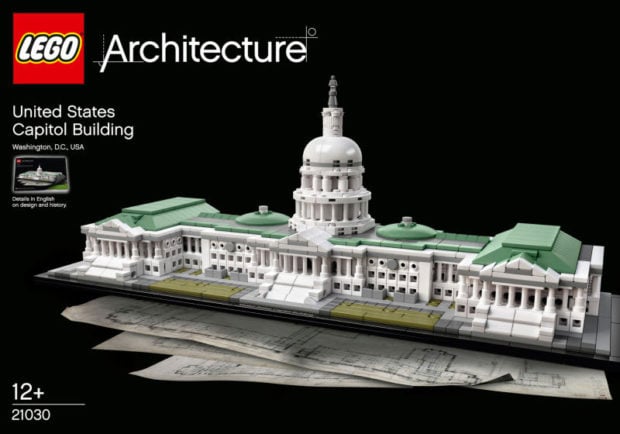 The price for all this American architecture is $99, which seems reasonable given the size of the kit and the fact that this is the only way you can wipe out a government building without going to prison. 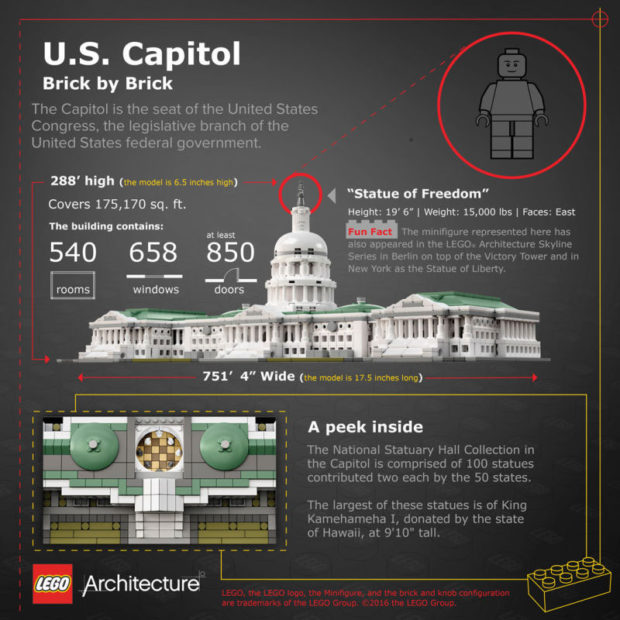