Airlander 10 Takes Flight: I Like Big Blimps and I Cannot Lie

I think Sir Mix-a-lot would love the Airlander 10 blimp. In fact, this airship looks like a giant butt so much that it has earned the nickname “Flying Bum” from the rather reserved Brits who have seen it take flight. Other than looking like a flying butt, it is very big and in fact hailed as the largest aircraft in the world, at 302-feet long. 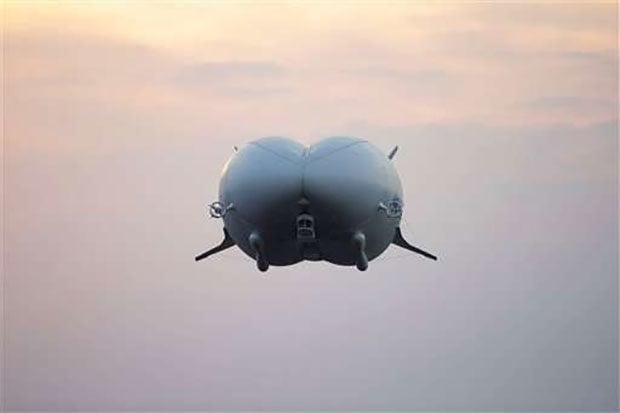 It is part airplane, part blimp, and part helicopter, and was originally designed as a US military aircraft before the program was canned. The idea is to carry people and cargo to and from areas which don’t have a runway.

The Airlander 10 can fly at an altitude of 16,000 feet with a top speed of 90 mph. With its maiden flight lasting about 30 minutes, the helium-filled monster is one step closer to going into everyday use – and everyday ridicule.