Have you ever seen what happens when you mix slime with dry ice? If not, you are about to see for yourself. Spoiler alert: It’s awesome. 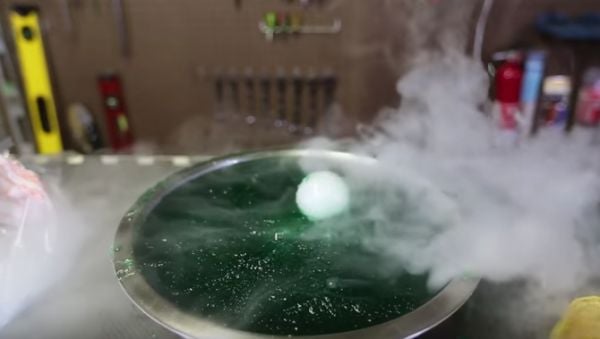 Halloween is right around the corner, and this is a great trick to go with all of the treats this year. The Crazy Russian Hacker has found the perfect party special effect in this combination. Watch as he ads dry ice to a bowl of green slime. You can tell that he is having way too much fun with this experiment.

Basically the slime slow down the release of gas from the dry ice. This creates nice round bubbles that you can even pick up sometimes. There are also some really cool vents and eruptions that happen. It’s pretty awesome.