Get that old Nintendo Game Boy out of the attic folks. It just got a new modern use. Gautier Hattenberger has figured out a way to control a drone using the old handheld gaming brick. Now he’s flying with power! 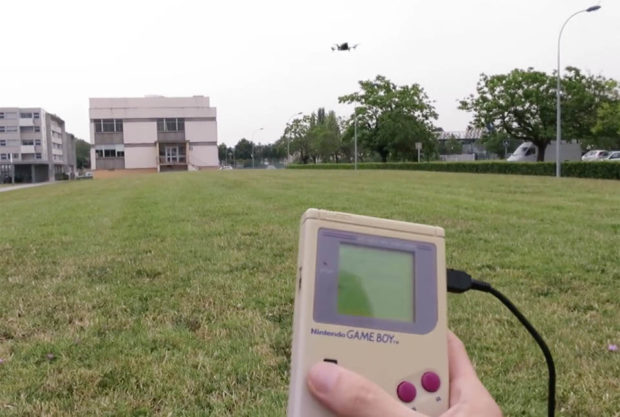 Hattenberger posted his plans on the Paparazzi UAV Blog, but be aware that it is not a simple thing to do. No one has ever done it before now. To get it to work, he turned the Game Link into a USB controller using a Arduino and FTDI semiconductor combination. That allowed it to hook up with his laptop and control the drone software.

The code is over at GitHub if you want to try this yourself. Maybe you can play Super Mario Land and fly your drone at the same time.

[via Hack A Day via Gizmodo]