I used to think hamsters were cool until about 1990 when the field behind our house caught fire and all the field mice fled… right into our house. The little fuzzy bastards apparently liked it there and they would wake me up at all hours of the night doing whatever mice do in the dark. Now I can’t stand rodentia of any sort. 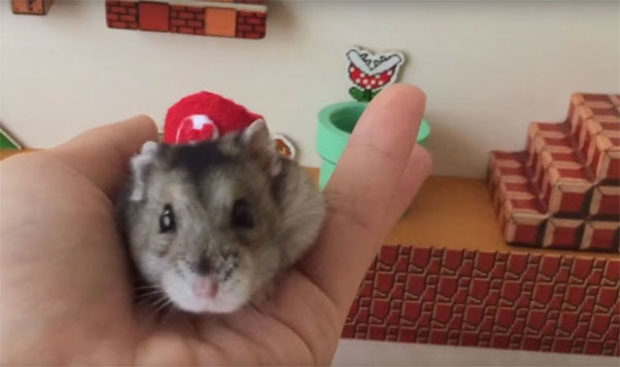 Some Japanese folks built an awesome Super Mario Bros. maze for their hamster to run through and the little guy dominated the maze. It’s a bit like Ninja Warrior, only for tiny rodents.

The video is well worth a watch. I guess hamsters can be pretty cute as long as they aren’t running loose in my house.